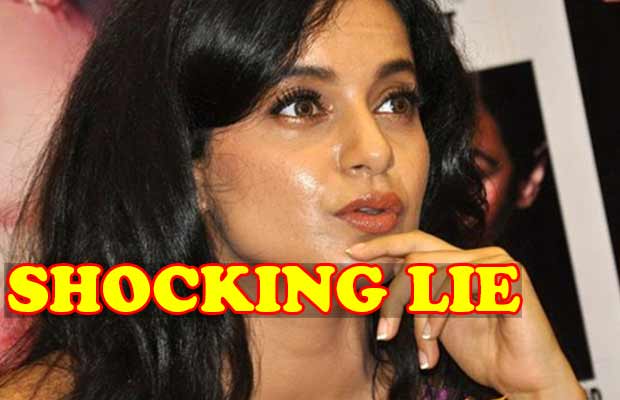 [tps_footer] The whole Hritik Roshan and Kangana Ranaut fight has been the talk of B-Town especially since it became a very murky and out-of-hand accusation war. Well, a long time ago when Kangana Ranut’s ‘Tanu Weds Manu Returns’ came out, Bollywood went for a toss. Rumors about her next film, the demands she made and so on soon did the rounds of headlines.

One of the most eyebrow raising rumors that did the rounds at this time was that Ranaut charges around 11 crore for a film. Well, Ranaut did not even deny this rumor and eventually even went on to say that her fee was justified since she put in a lot of herself into her work. After this statement, more and more people in the industry and even the media crowned her the ‘highest paid actress of Bollywood’.

Well, we are certainly happy for her but turns out that the ‘Queen’ actress is a big, fat liar. For her next film ‘Rangoon’, Ranaut has only been paid a sum of 3 crores. Considering that she is the so-called ‘highest paid actress of Bollywood’, shouldn’t 3 crores be a paltry sum compared to what she earns anyway? Have we caught Ranaut in a situation of her extending goodwill to the film’s producers, or has she been lying throughout?

Well, if it is any consolation, Shahid Kapoor and Saif Ali Khan too will be charging similar amounts for the film directed by Vishal Bhardwaj and produced by Sajid Nadiadwala. [/tps_footer]