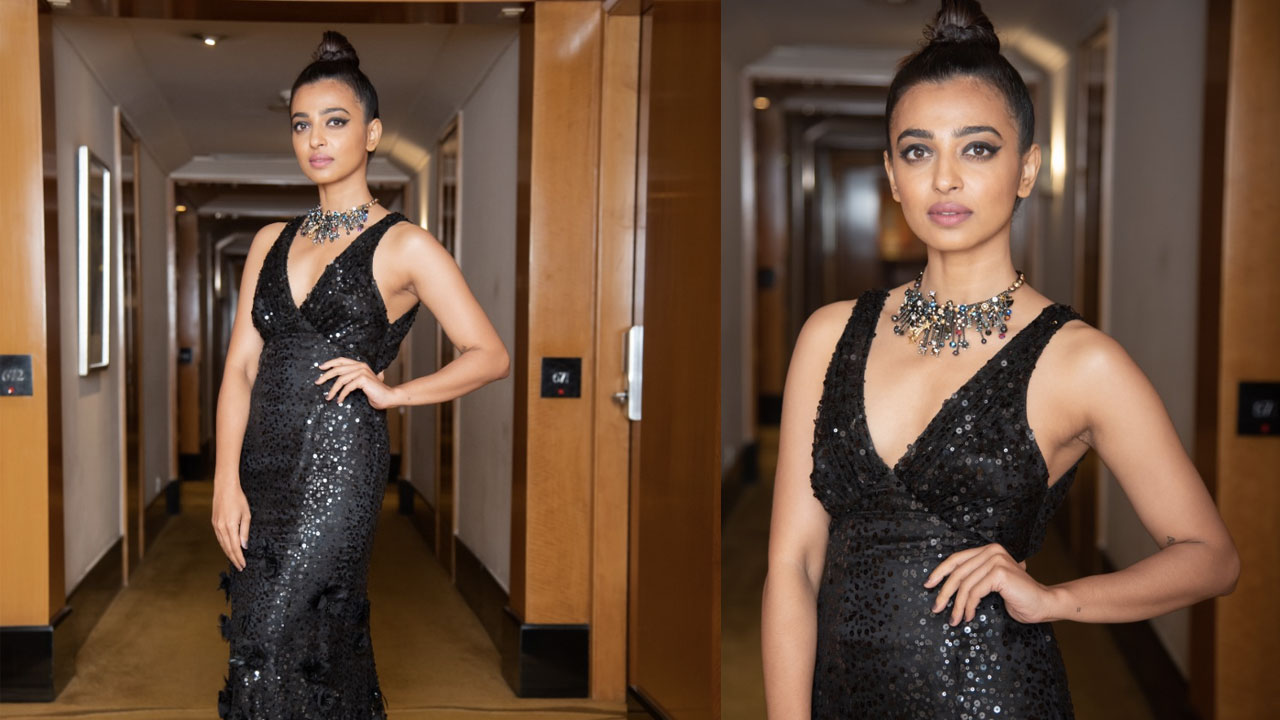 Radhika Apte who is distinguished as the new indie star of our times is being deemed as omnipresent on every platform, possible. Recently, the actress was seen in a shimmery black gown as she turned showstopper for one of the leading Designers in the capital of the country.

The actress looked gorgeous in a black-sequined long gown with a soft, fluid silhouette, embellished with 3D motifs and symbols, while her hair was tossed in a neat bun. A neckpiece, studded with coloured gemstones and crystals, was the only jewelry she wore.

Radhika took to her Instagram and shared a picture captioning it, “#CinemaOfGenes got me missing the movie sets!”

It’s a moment of pride and celebration for the actress as two of her films Padman and Andhadhun were felicitated at the 66th National Film Awards. The actress will now embark on a new venture in the international space where she will be essaying the role of a Spy and fans can’t wait to see what she has to offer with these new exciting projects and roles.

Radhika Apte will be next seen in a film alongside Nawazuddin Siddiqui for which the actress has already finished the first schedule shoot in Lucknow, The pair were last seen sharing screen space for a web series.