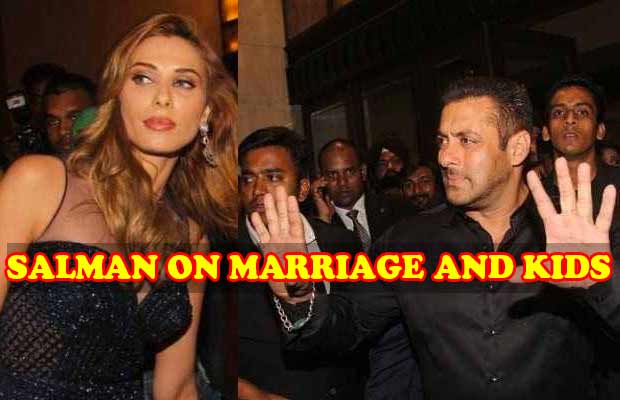 [tps_footer]Salman Khan is ruling our hearts since ages let it be as Prem or Chulbul he never fails to make us fall in love with all over again. And when the news of Salman’s marriage came, many of us were happy and many of us were heart broken. Every girl was thinking only one thing that why Salman is getting married, while his well wishers were happy that finally Salman is ready for the commitment at age of 51. First we saw Luila Vantur and Salman Khan together at Preity Zinta’s wedding reception and the two were spotted together at several other occasions too. Not only this reports also said that Salman was all set to marry on his birthday that is 27th of December. But it seems like we all have to wait for Salman Khan’s marriage.

According to an interview that Salman gave to an entertainment website, one thing was confirmed that Salman Khan’s marriage will happen but it is not happening for now. Salman said, “Whenever I decide to marry my fans will come to know about it, I will tweet it and everything will be open between me and my fans”. He also said, “Yes I want to have kids, but with that comes the mother, if I can have kids without a mother I don’t mind having 2 or 3 kids”. Well with these statements one thing is for sure that Bhaijaan is planning for a marriage, but we still have to wait  for the wedding cards. Meanwhile his rumored girlfriend Luila Vantur too made it clear on her Instagram account, that marriage will happen but not now.

We really hope that Luila is the one and Salman’s love story too has a happy ending.[/tps_footer]