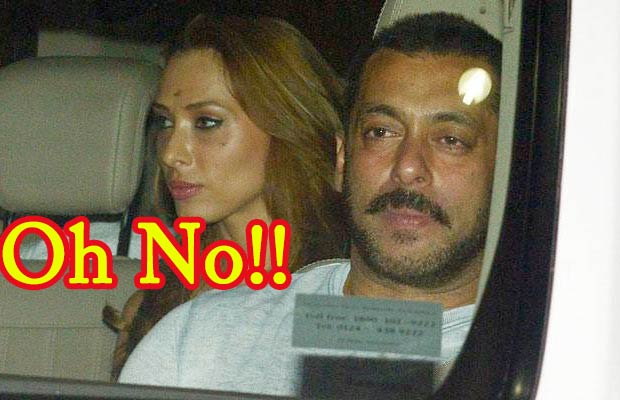 [tps_footer]Katrina Kaif and Salman Khan have shared amazing chemistry in the reel and real life before they broke up! Ouch. They were last seen together in Kabir Khan’s ‘Ek Tha Tiger’. Soon after that,  the B-town went all crazy over Salman’s association with alleged girlfriend Iulia Vantur, but surprisingly enough here is something that can create a lot of havoc in their romantic life, as a source reveals to a daily that “Talks are on to sign Katrina as the romantic lead opposite Salman for Rajkumar Santoshi’s romantic action comedy. The leading lady’s role is not very big though. They are a much-loved pair and their magic on screen is evident from Partner to Ek Tha Tiger. Santoshi’s film is being produced by Salman’s sister Alvira, who is also one of Kat’s closest friends. She had done a song for her last film, ‘Bodyguard’.”

Now that can spark off something major between Iulia and Salman. What say guys?

We all know that ex-girlfriends are usually not the best of news.

Salman will begin shooting for this one after he finishes shooting for Kabir’s movie, and this one will release sometime next year. Interestingly, Salman would be reuniting with Rajkumar Santoshi after 22 years, their last association being the cult classic ‘Andaz Apna Apna’. Well, this one is sure to grab eyeballs.[/tps_footer]