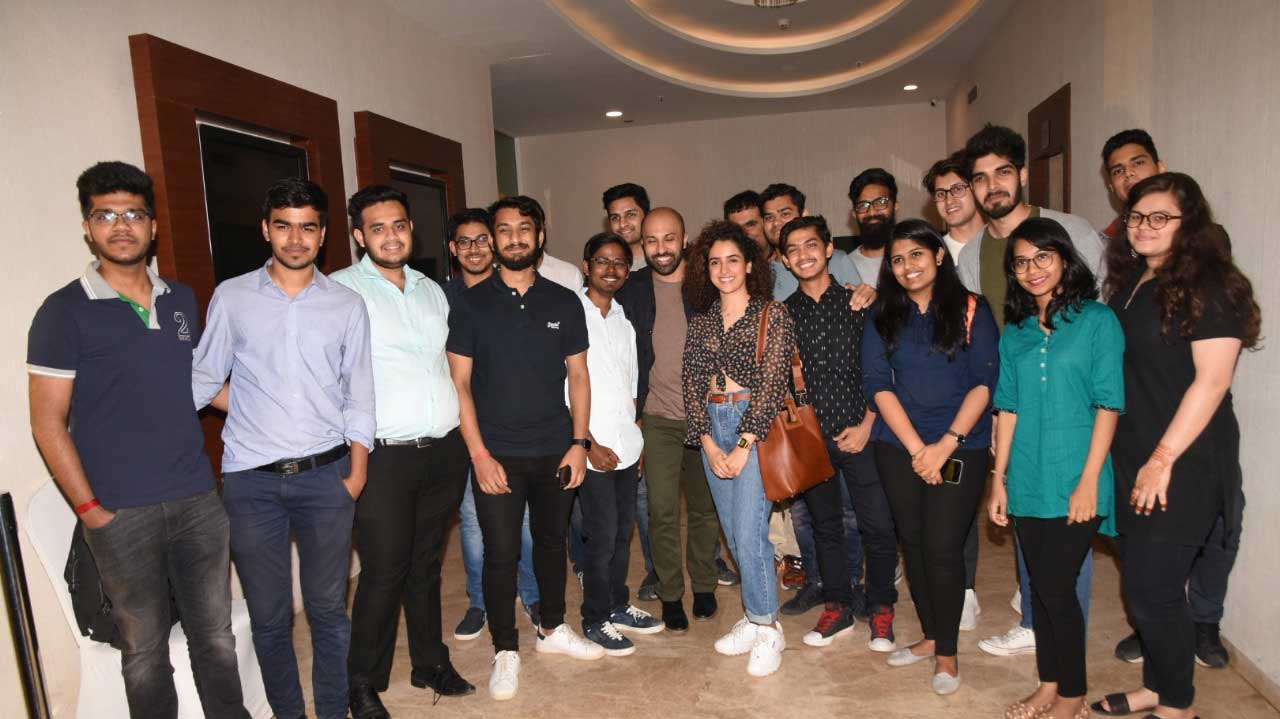 After the screening, Sanya Malhotra and director Ritesh Batra interacted with the students, took feedback from them and posed with them for a happy picture as well.

As Sanya Malhotra plays a chartered accountant in Photograph, the makers decided to arrange a special screening for real-life CA and interact with them.