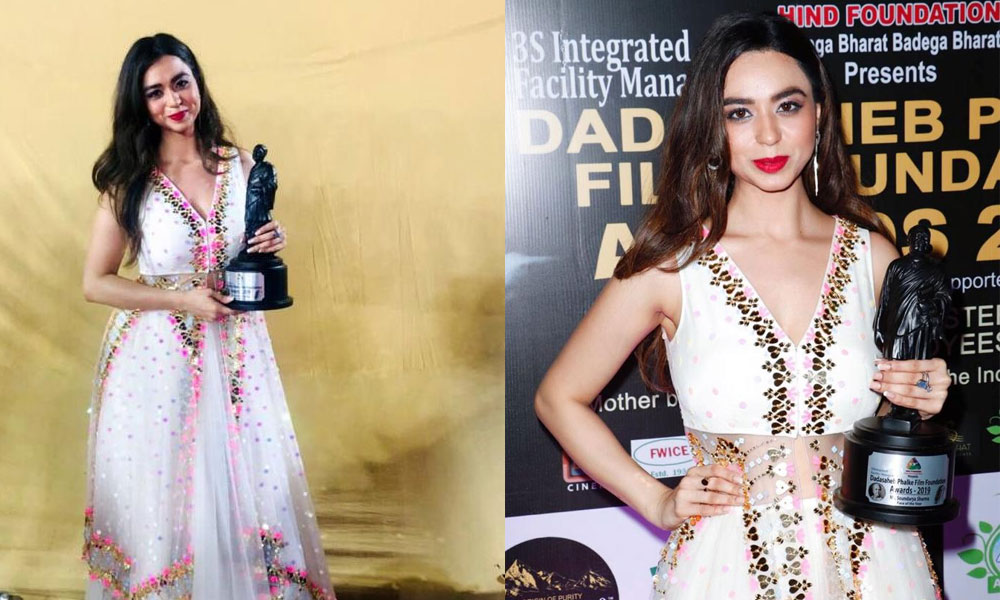 Soundarya Sharma is an Indian actress and model, who works in Hindi films. She was raised in New Delhi whilst growing up, Soundarya pursued Bachelor of Dental studies and acting opportunities led her to the city of Mumbai.

She has undergone formal training with the ACT 1 theatre group and the National School of drama.

Soundarya played the lead role in film Ranchi Diaries which was released in October, 2017 and Soundarya was nominated for the ‘Best Female Debutant’ by Zee Cine Awards and Star Screen Awards. She bagged the ‘Best Debutante’ at the Jharkhand International Film Festival.

The young starlet, was awarded as Lokmat Most Stylish Diva Award in December 2018.

Soundarya Sharma is now being bestowed with Dadasaheb Phalke Award as Face of the Year”.

The award is scheduled to be held on 11th May.

We spoke to her and here is what she has got to say, ” I am super thrilled to receive this award and I can’t be happier. Its a huge accolade for me. I want to thank my family, friends and everyone who supported me on this journey. Its also a huge responsibility and I want to deliver on this. Can’t put my feelings into words now. “

She is one lady who is here to stay. We are really routing for her. We wish her all the luck.