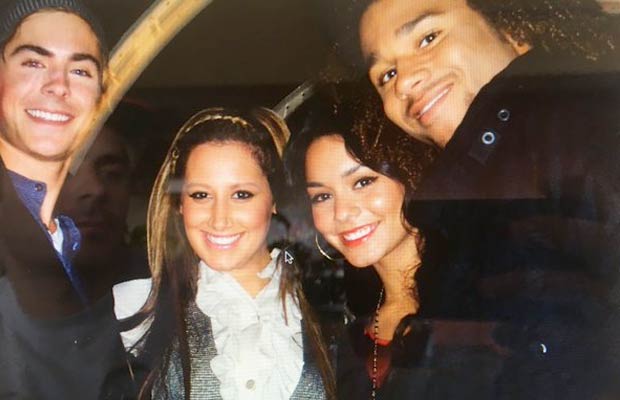 [tps_footer]Zac Efron is currently winning hearts with stellar performances like that in ‘We Are Your Friends’. He will soon be seen sharing screen space with none other than ‘Desi Girl’ Priyanka Chopra in ‘Baywatch’ and we can hardly wait. The Disney star started as a child actor and one of his most well-known roles was in the ‘High School Musical’ movie series. In fact, a large number of his fans today grew up watching him in the HSM franchise and have seen him grow as an actor and a person.

The 28 year old star took to Twitter yesterday to post this adorable throwback picture with this cute caption that reads,”So grateful I came across this picture… With the o.g. crew during one of the most cherished and exciting times of my life. Love you guys forever. #fbf”

So grateful I came across this picture… with the o.g. crew during one of the most cherished times of my life. #fbf pic.twitter.com/O8Sc6WnZ89

The photo which was clicked in August of 2008 has Zac Efron posing with his then girlfriend Vanessa Hudgens and co-stars Ashley Tisdale and Corbin Bleu. The picture was taken two months prior to the release of the third film ‘Senior Year’ of the ‘High School Musical’ franchise.

While Efron was certainly loved by many in the films, he himself doesn’t have a lot of good things to say about that choice. In an interview recently he said, “Like, f–k that guy. He’s done some kind of cool things with some cool people – he did that one thing [Neighbors] that was funny – but, I mean, he’s still just that f–king kid from [High School Musical].”[/tps_footer]