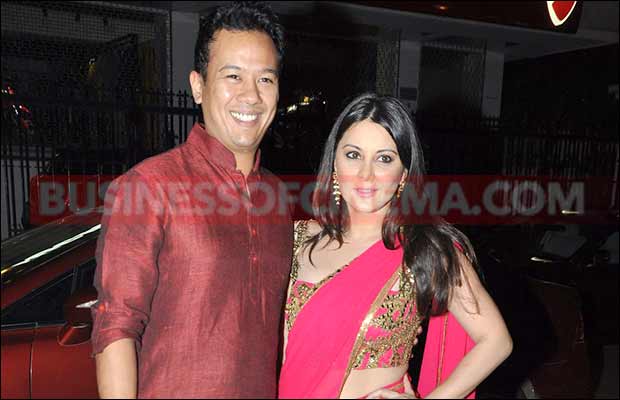 [tps_footer]Diwali has always been a star studded affair in the tinsel town. With the festival arriving fast in a few days, our stars have already started their celebrations. The initial Diwali bash was hosted by Exceed Entertainment. The bash saw the alleged couples of the B-town arriving together.

The stars who caught all the attention with their entries were Alia Bhatt and Sidharth Malhotra. The two talented actors who have always kept mum about their speculated relationship were captured arriving together at the Diwali bash. Looking oh so drenched in love, Alia and Sidharth seemed unbothered about the paparazzi that followed.

Seems like, the two are now habituated to the attention they gather. Known for their amazing on screen chemistry, Alia and Sidharth will soon share screen space in the film ‘Kapoor & Sons Since 1921’. The two talent bundles arrived at the party spot in the same car. Alia was seen wearing traditional attire, while Sidharth made the lenses drool with his black pathani.

One more B-town couple made a swift entry to the bash. The much in limelight duo Karan Singh Grover and Bipasha Basu also were present together at the Diwali bash. The two highly sensuous actors Karan and Bipasha were sitting next to each other in the car. Avoiding the lenses completely, the alleged love birds did not halt to pose with each other and headed straight to the venue.

Bipasha and Karan have been garnering headlines for their speculated bond; the two have nonetheless refused to comment anything on the same. Must say, the secret is almost out of the Pandora’s Box. Recently, Bipasha commented that her leaked gym videos with Karan are disgusting and not in a good taste.

Now whether these B-town celebs will ever open up on their relationships or no is yet to be seen.