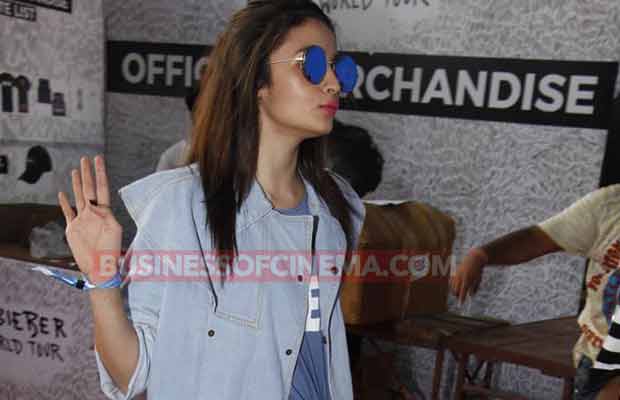 Along with commoners many Bollywood celebs arrive at the venue to enjoy Justin Bieber’s concert.

The madness for Justin Bieber concert has already begun and fans are currently going berserk at D Y Patil Stadium in Navi Mumbai. After lining up from the morning, the fans finally got the entry to the gates earlier today at 3 PM. The excitement and madness among the fans is building with each passing minute to catch the Canadian Pop Singer Live at 8 PM.

Well not only commoners, even our B-town celebrities are looking forward to the big concert, which is currently a talk of the town. Popular stars like Alia Bhatt, Armaan Malik, Sophie Choudhary, Urvashi Rautela, Arjun Rampal, Pooja Hegde, Jacqueline Fernandez and Remo Dsouza have arrived at the stadium.

Bollywood beauty Sridevi has come with her husband Boney Kapoor and daughter Khushi Kapoor. Sonali Bendre is also there with her kid. Interestingly, Arbaaz Khan has arrived at the concert with his separated better half, Malaika Arora Khan.

The show will feature fireworks, confetti, laser, and graphics on big screens and much more amid 45,000 expected audience. The Purpose World Tour is the third worldwide tour by Justin.  It is in support of his fourth studio album Purpose. The Tour started on March 9, 2016, in Seattle and will end on September 24, 2017, in Tokyo.