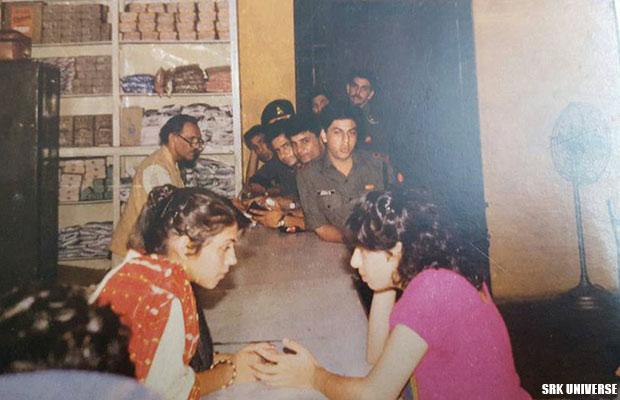 #Throwback to the days of Shah Rukh Khan when he started his career with TV shows like Dil Dariya, Fauji, and Circus.

Referred as ‘Baadshah of Bollywood’, Shah Rukh Khan has struggled a lot to be the most successful actor. He is a man of struggle, success, charm, passion, sadness and full of life. From nobody to biggest man in Bollywood, Shah Rukh Khan’s success story is like no else’s.

The Raees actor started his career with television by getting a lead role in the cult television series, ‘Fauji’ in 1989. The show was extensively shot in Delhi. In the series, which depicted a realistic look at the training of army cadets, SRK played the leading role of Abhimanyu Rai. His Fauji success led to bag many television roles and among them was in Aziz Mirza’s television series Circus (1989–90) and Mani Kaul’s miniseries Idiot (1991.)

After being noticed in Fauji, Shah Rukh Khan started getting offers for films in Mumbai. He was not prepared to go ahead with films as he was happy with his theatre and serials. However, when he got back to back 4 Bollywood offers, the actor decided to come to Mumbai after his mom’s death. Well, rest is history! Let’s take a look at the throwback days of Shah Rukh Khan from the sets of his successful television show, “Fauji”.