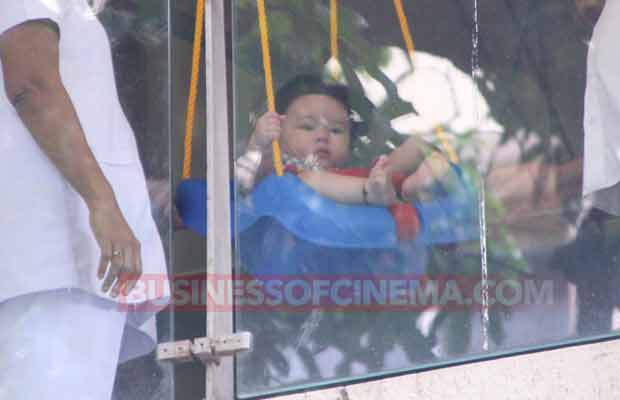 Kareena Kapoor Khan’s young munchkin’s pictures of swinging in his house balcony are so awwdorable.

Taimur Ali Khan is currently the cutest kid on the block. The star kid is making headlines ever since he was born in December last year. He has become an internet sensation thanks to his cute pictures with mommy Kareena. The young prince is often spotted with his mother at various events and parties and is always captured by the paparazzi.

Earlier today, Taimur was clicked enjoying his time in his balcony swinging. He was accompanied by his nanny and other staff also surrounded him. Obviously, he is such a cute munchkin that people can’t stay away from him and taking care of him would be a time many would cherish.He was cutely dressed in orange shorts and a chequered shirt and was seen seated in a swing as he was curiously looking outside his balcony.

Recently, Kareena was asked about Taimur in an interview during Lakme Fashion Week. She had said, “My son is the most gorgeous man this side of the equator. I take it as a compliment because yes his lips are amazing.”

Also, once, when she was asked about Taimur on a chat show, she said, “I say it with a lot of pride that he (Taimur) is the most gorgeous child, not because he is mine, but because he is very good looking. Yes, he has the Pathan genes, but it’s also because I ate a lot of ghee.”

Surely, Saif Ali Khan and Kareena Kapoor Khan are currently the proudest parents of the cutest kid in Bollywood and obviously they love their little munchkin very much. 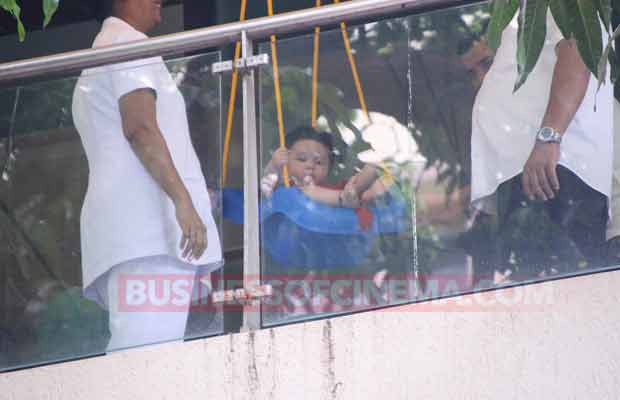