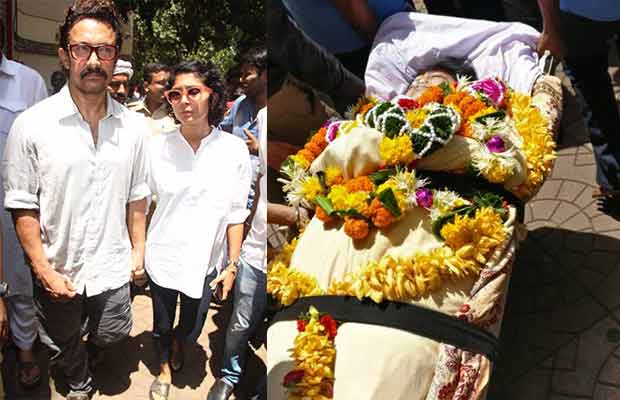 Late veteran actress Reema Lagoo’s body has been brought to her house in Mumbai for final rites.

Bollywood veteran actress Reema Lagoo passed away today morning at 3:30 am of a cardiac arrest. Ms. Lagoo had been taken to the Kokilaben Hospital last night after she complained of severe chest pain. The actress took her last breath at the hospital this morning. The whole industry is currently in a state of shock. Reema’s body has been brought to her house by famil members in Lokhandwala, Shastri Nagar, Andheri West.

The funeral will take place at the Oshiwara crematorium at 2 Pm.

Talking about her career, Lagoo’s acting abilities were noted when she was a student at the Huzurpaga HHCP High School in Pune. Her professional acting started soon after finishing high school. Her first acting job was on the Marathi stage. She became an iconic mother of Bollywood with her roles as “MAA”.

Reema was last seen on the small screen in a role of a mother on the television show Naamkarann, which is telecasted on Star Plus

Reema was married to Marathi actor Vivek Lagoo. However, the couple separated later. The couple has a daughter together, Mrunmayee, also an actress.