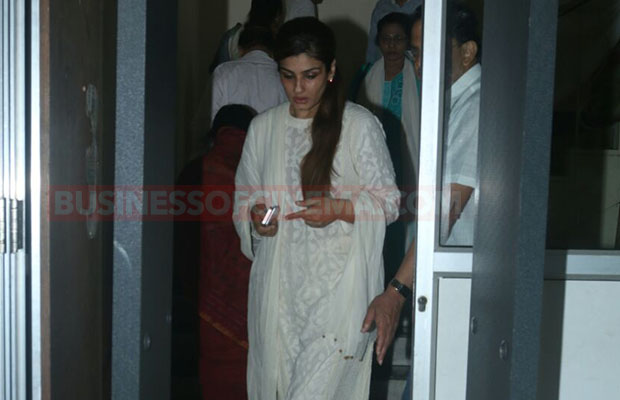 Hindi Film Industry was flooded with grief yesterday after the news of the death of the MD and CEO of Rajshri Productions, Rajjat Barjatya last evening went viral.

The producer passed away after losing to his prolonged battle with cancer. He breathed his last at the Jaslok Hospital in Mumbai at 8 pm.

Twitter and Facebook were flooded with condolence filled messages for Barjatya who took Rajshri Productions to new levels with three digital platforms. It was Rajjat who introduced the YouTube channel BollywoodNow who gave a different dimension to the production house.

The final rites of the producer were performed today which were attended by a number of well-known faces from the industry including superstar Salman Khan, Sonam Kapoor, Raveena Tandon .

Salman was spotted at the meet with teary eyes. The actor reportedly cried out his heart on the untimely death of the producer who also was the actor’s close friend.

Salman has shared a close friend with the production house and Rajjat since a long time. The journey started when Salman debuted in a leading role with Barjatya’s Maine Pyar Kiya.

Ever since, the actor has done countless movies with the production house including Hum Apke Hai Koun, Hum Saath Saath Hai, the latest being Prem rattan Dhan Payo with Sonam Kapoor.

The actor was heart broken on the death of his close friend and couldn’t hold back himself from breaking down.