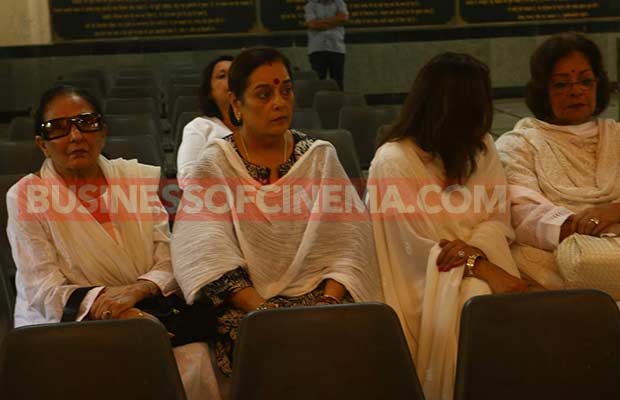 [tps_footer]Bollywood veteran actress Sadhana Shivdasani, who was one of the celebrated actress’ in the 1960s and the early 1970s, passed away at the age of 74 on Friday morning at her residence. The actress was admitted in Hinduja hospital a day ago due to severe illness. Last year, the actress was reported to be suffering from tumour in mouth that was cancerous and underwent a successful surgery for the same.

The legendary actress Sadhana Shivdasani starred in many successful Hindi films such as ‘Parakh’, ‘Asli-Naqli’, ‘Ek Musafir Ek Hasina’, ‘Mere Mehboob’,  Mera Saaya, Intaquam, Ek Phool Do Mali, and Geeta Mera Naam and many more to name. Sadhana Shivdasani introduced the fringe hairstyle in Indian film industry in her first film ‘Love in Simla’. The fringe hairstyle became so popular that it was given the name ‘Sadhana Cut’. She was also one of the icons who brought tight kurt and chudidaar in the fashion.

Our deepest condolences to her family and friends.[/tps_footer]