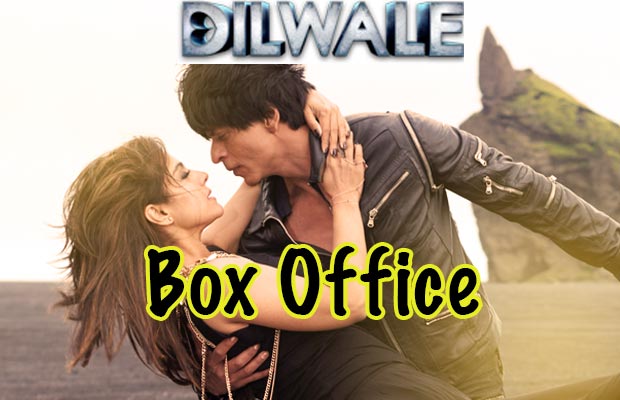 [tps_footer]Bollywood film ‘Dilwale’ starring Shah Rukh Khan has finally touched the 100 crore mark as it enters the second weekend phase. The film had marvelous collections in its first weekend, however the pace got really slow towards the weekday run. Given the fact that it is a Shah Rukh Khan film, ‘Dilwale’ should have touched the 100 crore mark much sooner but couldn’t do so due to the business that has been split with its competition ‘Bajirao Mastani’. ‘Dilwale’ collected Rs. 7.5 crores net approx (Rs. 75 million) on day eighth which is quite below from what it collected on its opening day.

The major contribution currently is from West Bengal region due to Shah Rukh Khan, but the performance is not at all up to the mark in main metro cities like Mumbai, Delhi/UP as well as some areas of Punjab. The film has faced a major blow from its competitor ‘Bajirao Mastani’. Despite the major Christmas holiday factor ‘Dilwale’ could not gain any kind of momentum in its day eighth performance especially with one more film in competition now, Hollywood release Star Wars: The Force Awakens which is further taking away metropolitan area market.

Globally however the film is doing great as the first week collections are close to $13 million (Rs. 86 crores approximately). Gulf business was the best with figures surpassing that of Prem Ratan Dhan Payo, Bajrangi Bhaijaan, Happy New Year as well as Chennai Express. The film is losing momentum in India but is however recovering the same from overseas market due to the Shah Rukh Khan factor.[/tps_footer]