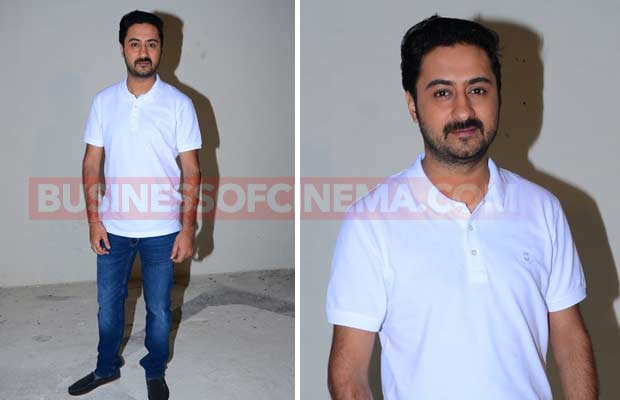 Katrina and Aditya are on the promotional spree of their upcoming movie ‘Fitoor’. The actors have been touring around the country to promote. They were snapped at the Mehboob Studios together and were also colour coordinated. Katrina wore a printed maxi dress by Rebecca Taylor with sheer mesh inserts and cut out sleeves. She kept her hair simple and almost no accessories. Aditya looked handsome in a light blue shirt, dark blue jacket, grey trousers and brown shoes. The film is a romantic love story has twists of tragedy and sorrow in it as we saw from the trailer. Directed by Abhishek Kapoor, ‘Fitoor’ is set to hit the screens around the Valentine’s Day on February 12, 2016.

Also, snapped at the studios was Tollywood star Tamannaah Bhatia. The actress smiling for the cameras post her ad shoot. She was wearing a denim dress and white strappy heels. Manish Paul, Pradyuman and Sikander Kher were also snapped promoting their upcoming film, ‘Tere Bin Laden: Dead Or Alive’. The actors were seen dancing to their ‘Itemwaale’ and kept the photogs entertained.[/tps_footer]