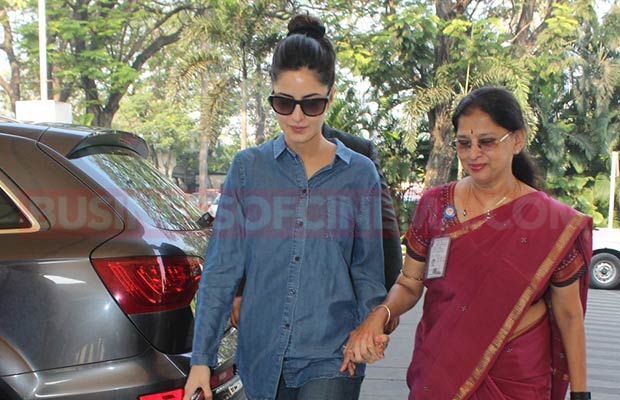 Wearing denim on denim, Katrina Kaif was in all smiles as she was making her way at the Mumbai airport with co-star Aditya Roy Kapur. While Katrina was sporting cool look, Aditya was nowhere behind to grab the attention in his cool attire. The duo grabbed all the attention as they arrived at the airport.

With just few days left for the release of the film, the stars were quite on the go. They even returned back the same day after promoting their film in Ahmedabad.

Talking about the upcoming film Fitoor, the film, which stars Katrina and Aditya Roy Kapur in the lead roles, is an adaptation of Charles Dickens’ celebrated novel ‘Great Expectations’. Directed by Abhishek Kapoor, ‘Fitoor‘ will hit the screens on February 12.[/tps_footer]