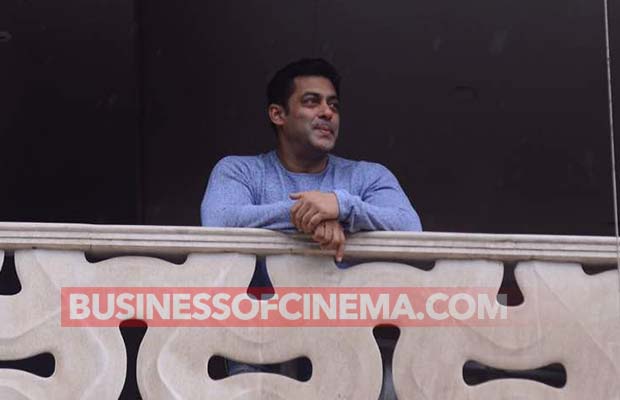 Salman Khan comes out in his balcony to greet his fans on the occasion of Eid.

The Bollywood actor Salman Khan is again on the big screens with his latest release ‘Tubelight’. The film, although got bad reviews from the critics, is getting a mixed response from the audience.

Well, since its Eid so there was a huge cluster of his fans outside Salman’s residence Galaxy Apartments. His fans had come just to get a glimpse of the actor. And the superstar did not disappoint them. He himself came out in his balcony and waved out to his fans. He was even seen showing his three fingers, which is a sign of helping three people, a trend which he started with his film ‘Jai Ho’.

Check out his picture here…

The reviews do not matter to the true fans of the superstar, who are anyway going to watch Bhaijaan’s film. The film has got the second-best opening of the year after SS Rajamouli’s ‘Baahubali 2’. And the figures are expected to rise high on Monday.

The reason being the festival of Eid, which is believed to be lucky for the star. All of us know about the phenomenal business done by his previous Eid releases like ‘Bajrangi Bhaijaan’ and ‘Sultan’. So, the same is being expected from ‘Tubelight’.