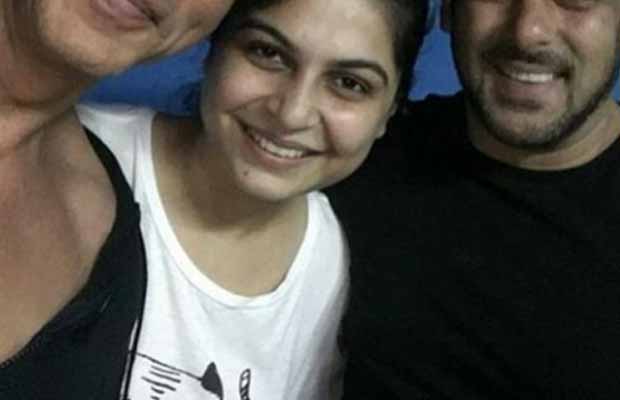 Shah Rukh Khan and Salman Khan are setting friendship goals as they shoot together for Anand L Rai’s Next!

Bollywood superstars Salman Khan and Shah Rukh Khan’s recent photos from the sets of Aanand L Rai’s next are giving us major ‘Karan Arjun’ feels. The two are clicking selfies and are spending a good time together on the sets post the shooting of the film. Since a couple of days, Salman and SRK are shooting together and fans just can’t hold their excitement to see them together again on the big screen.

Well, their bromance has been growing with each passing day, which is also bringing them together at the professional level. In no time, Salman and SRK fans have got one more reason to rejoice again after Shah Rukh Khan played a cameo in Salman Khan’s recently released film Tubelight.

To people who don’t know, Salman Khan will be seen in a cameo in Aanand L Rai’s film which will have Shah Rukh playing a dwarf. Nothing much about Salman’s role in the film has been revealed but it is being said that the actor will play himself in the film.