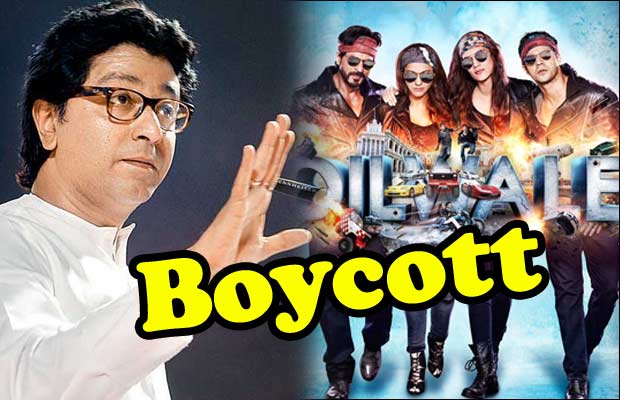 [tps_footer]Shah Rukh Khan starrer film ‘Dilwale’ witnessed a great controversial situation when reports made rounds stating that political organization, Maharashtra Navnirman Sena has appealed people to boycott the film. However, party chief Raj Thackeray has cleared the whole issue now and has stated that the boycott of the film ‘Dilwale’ is not party’s official stand.

Reports suggested that the political organization MNS, was displeased with the King Khan because he did not lend a helping hand to the drought affected farmers of Maharashtra. The issue was taken up by the Chitrapat Karmachari Sena who then appealed to the people to boycott Shah Rukh Khan’s film ‘Dilwale’. However, party chief Raj Thackeray has now urged to be passive in the matter and has hinted the same in his release stating, “Shah Rukh Khan donated Rs 1 crore for people who have been affected by Chennai (floods) tragedy. But he has forgotten drought-hit farmers of Maharashtra. This has been condemned by the Chitrapat Sena.”

Raj Thackeray further clarifying his stand said, “What it (Chitrapat Sena) is saying is right. Coming to Maharashtra, becoming big, earning a name for yourself and then forgetting the state is not right. He (Shah Rukh) should understand this. Nevertheless, I want to make it clear that Chitrapat Sena’s stand of boycotting the film is not an official stand of the party.”

King Khan Shah Rukh Khan who is busy with the promotions of his film ‘Dilwale’, was also asked to comment on the issue during a press conference, but the actor did not delve into any statements and concluded saying that the film is positive and hope everything good happens with ‘Dilwale’.