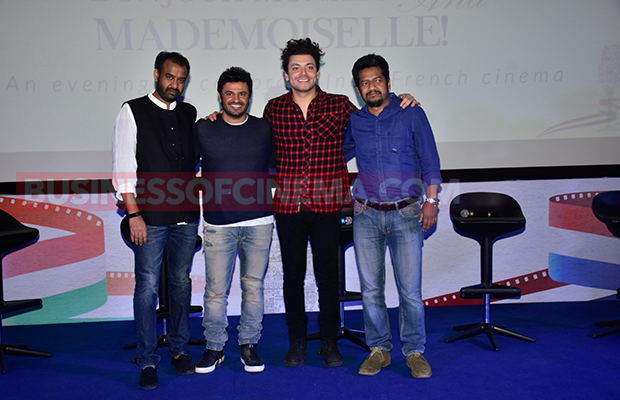 Kev Adams is amongst the most well-known movie actors in France, having started his career
as a stand-up artist. His recent films, Les Profs 2 & Aladin, were the top grossing films of 2015
in France and in China, with more than 1 Million tickets sold for each of the films.

Vikas Bahl of Phantom Films, the Director of the super-successful critically acclaimed film,
Queen, which won the best feature film in Hindi at the 2015 National Awards, will direct one of
the Indo-French coproductions with Kev Adams as the lead, after finishing Super 30.

The movie is tentatively titled ‘The Interpreter’ and is a romantic comedy, telling the story of two
young people in love but not having a common language, thereby bringing in the interpreter.

“To The Top” tells the story of a quest, and of the ascension of a uniquely talented young man,
in a world gone mad, a world of commerce and mercantile deals. It is the tale of a father-son
relationship between two men who share the same passion, of how events tear them apart, and
of how a love of the snow, and quite simply love itself, brings them back together again.

Speaking about the association with Kev Adams, Shibashish Sarkar, COO, Reliance
Entertainment, said, “We believe our Indo French co-productions will not only help in improving
the global appeal of Indian films, but at the same time, will bring the essence of French cinema
to Indian audiences.”

Vikas Bahl of Phantom Films said, “When I originally conceived of the concept behind The
Interpreter, I never thought it would turn out to be a reality. Thanks to Kev and our close ties
with French cinema, this dream is becoming a reality so soon. I hope I can live up to
expectations of millions of Kev’s fans who love him so much, as well as his upcoming fan base
in India.”

Commenting on the partnership, Kev Adams said, “It’s a beautiful experience, one of the most
exciting and crazy experiences in my life as an actor and as a human being. I am thrilled at how
the teams at Phantom Films and Reliance Entertainment together are letting me live my
Bollywood dream. I love the modernity and the message that Vikas wants to bring through his
movies. Can not wait to work with him.”