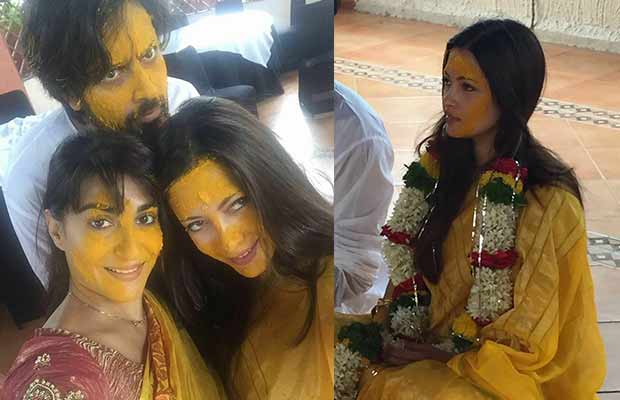 The Sen family is currently in the celebratory mood as Bollywood actress Riya Sen finally tied the knot with her long-time boyfriend Shivam Tewari on Wednesday. The wedding was an intimate affair in Pune attended by close friends and family. Celeb couples are guarding their love lives in a rather strange way these days. Riya had never announced about her relationship with longtime boyfriend Shivam Tewari to the media. Only a couple of days ago, it came to notice that the actress is heading to marry.

Just a few hours ago, Riya Sen’s first wedding pictures with Sivam Tewari started doing rounds on social media. And now there are reports doing rounds that she was pregnant already and the reason behind her wedding is said to be the same.

As per a report in Pinkvilla, it is stated that Moon Moon Sen’s daughter is pregnant and the reason behind her rushed wedding may be her pregnancy.

Riya, who is currently shooting for Ekta Kapoor’s web-series Ragini MMS 2.2, has neither confirmed nor denied the reports of her pregnancy. 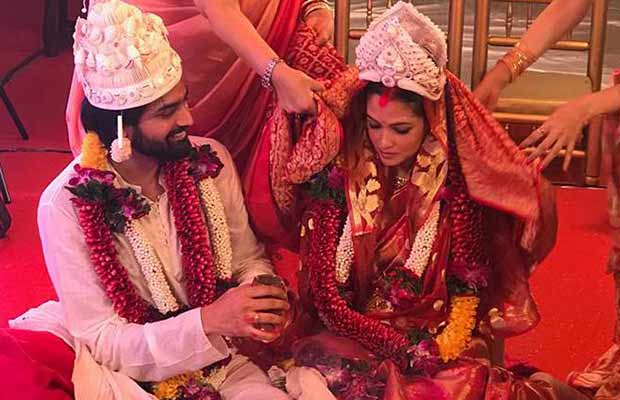