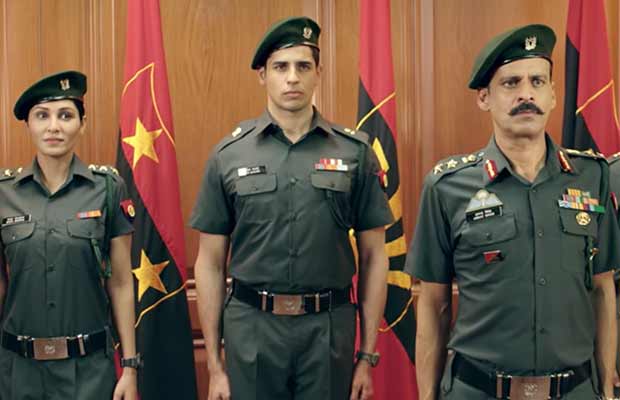 Sidharth Malhotra starrer Aiyaary’s trailer will leave you waiting for the film to release to know its end!

After thrilling everyone with his last release Ittefaq, Sidharth Malhotra is all set to intrigue his fans with the upcoming film Aiyaary. The trailer of the film was released today and we have to say that the actor has managed to do it again.

The multi starrer film is a must watch for you, if are a fan of Neeraj Pandey’s films. The writer-director has earlier worked on superhit films like A Wednesday, Baby and MS Dhoni-The Untold Story. Aiyaary will give you the same feels leaving you intrigued!

The film is based on the story of two army officers who have opposite mind sets. On one hand, Colonel Abhay Singh (played by Manoj Bajpayee) has complete faith in the system of the country. On the other hand, Major Jai Bakshi (played by Sidharth Malhotra) has some doubts because of certain things which he heard and saw in the recent surveillance.

In order to save his country from a corrupt system, Jai leaves his job and goes against his own department. He will be seen trying to solve the issue in his own way, which isn’t agreed upon by his mentor Colonel Abhay.

What happens at the end will be known only once the film releases.

Aiyaary, the film stars some of the most talented names of the industry like Sidharth Malhotra, Naseeruddin Shah, Manoj Bajpayee, Anupam Kher, Rakul Preet Singh and Pooja Chopra.

Produced by Shital Bhatia, Dhaval Jayantilal Gada, Aksshay Jayantilal Gada and Motion Picture Capital, the film has been directed by Neeraj Pandey. The espionage thriller Aiyaary is all set to hit the screens on January 26, next year on the occasion of Indian Republic Day.

Sidharth Malhotra Returns To Twitter In This New Avatar!

Check out the trailer here: