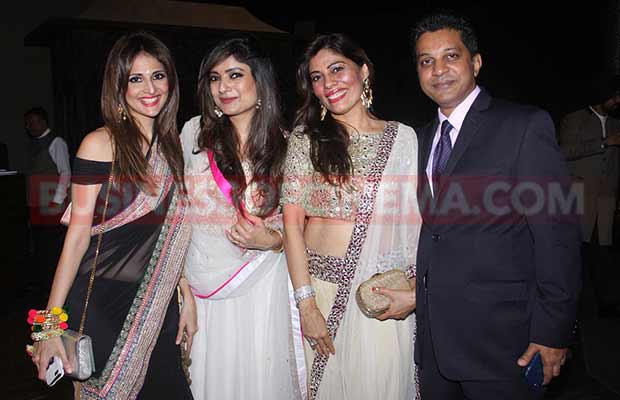 [tps_footer]Bollywood celebrities can never step out of their glamorous avatars. The opening ceremony of St.Regis in Mumbai was a star studded affair in itself. The top B-town celebs made their fashion oriented presence at the event.

The Dabangg Khan of the industry Salman Khan was captured on the opening ceremony. The actor was all decked up in formals. Salman was seen carrying off his new look which he will be donning for his upcoming film ‘Sultan’. Currently, the busy actor is gearing up for the release of his film ‘Prem Ratan Dhan Payo’ opposite Sonam Kapoor.

Apart from Salman, actor Riteish Deshmukh was also spotted with wife Genelia D’Souza. The two were as usual calm and content. The love birds posed amazingly for the shutterbugs. While Riteish was dressed in crisp formals, Genelia opted for traditional bright colored attire.

The boy next door of the industry, Aditya Roy Kapur also was clicked at the opening ceremony. Ditching the staple formal dark toned attires, Aditya was all chilled out in his smart casuals. Aditya was seen in a black and white tee and dark toned pants.

Other tinsel town celebs who made a brief appearance at the event were Aftab Shivdasani, R.Madhavan, Randeep Hooda, Bhagyashree and Mandira Bedi. The blink and miss face of the Bollywood world Gayatri Joshi also was spotted by the lenses. The girl who impressed everyone with her film ‘Swades’ opposite Shah Rukh Khan, Gayatri Joshi, was looking all enchanting in her short knee length dress.

The event was a star studded one filled with loads of glamour and elegance.