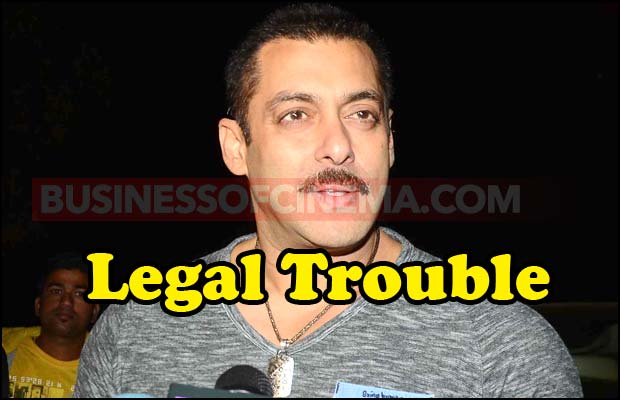 [tps_footer]Salman Khan and court issues have a prolonged relationship with each other. The superstar who recently celebrated his 50th birthday might yet again land up in a legal hassle. Salman Khan was much in limelight lately for his hit and run case. The actor has finally heaved a sigh of relief after getting acquittal from all the charges. But seems like, this relief is not here for much more time.

Dabangg actor Salman Khan on the occasion of his 50th birthday, launched an online shopping portal named, khanmarketonline.com. The actor unveiled his new venture on his birthday and also urged his fans to spread the word. Less did the superstar know that there is already an organization running with that same brand name.

Reports state that the Khan Market Traders Association has planned to sue Salman Khan over the online shopping platform. Salman’s new venture is yet to begin with it’s full on operations on the site but the work is already on the go. 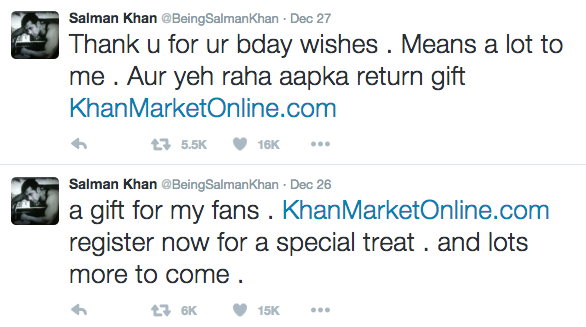 Association president, Sanjiv Mehra stated, “We are a world-famous market. How can the actor use our market’s name for his portal? If he announces discount for merchandise on his portal, customers will turn up here and ask for the same. They are bound to be confused.”

According to Sanjay Upadhyay, a Supreme Court advocate, “There is no trademark infringement in this case. There must be thousands of Khan Markets in the country. It is likely to be dismissed as a frivilous litigation if and when it is filed.” However, Sanjiv Mehra urges, “Since the name Khan Market has been with us for ages, we have a right on it. In the case of Khan Chacha (an eatery), The court ruled in its favour because of its popularity.”

Taking a new turn in the argument, social jurist advocate Ashok Agarwal opines that it can be a publicity stunt. He says, “There is no provision in the law for such claims. This will just give publicity to both the market and the portal.”

The Association has decided to approach the Delhi High Court on January 4th when it begins. The Khan Market Traders Association has a history of 65 years and therefore the authorities plan to take action against Salman Khan.

Salman Khan apart from the issue is much in limelight currently for his upcoming film ‘Sultan’. The actor has been the king of headlines in the year 2015 with his blockbuster hits ‘Bajrangi Bhaijaan’ and ‘Prem Ratan Dhan Payo’. Now whether this legal hassle yet again puts Salman Khan in a spot or no only time will tell.