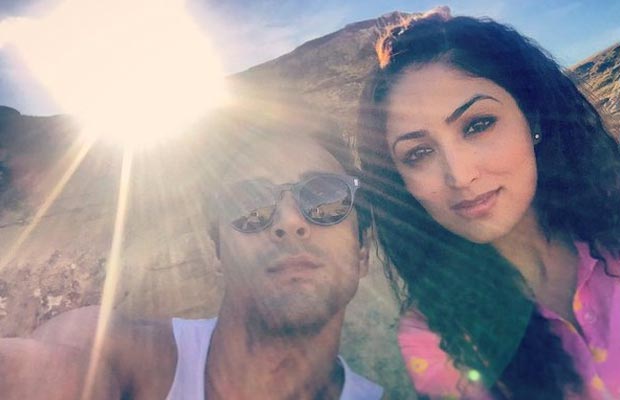 [tps_footer]Separations and alleged affairs don’t come as a surprise in Bollywood industry and here comes another end of a love story. Since Bollywood actor Pulkit Samrat separated with his wife Shweta Rohira, rumours have been taking rounds that the actor has an alleged affair with his upcoming film ‘Sanam Re‘ co-star Yami Gautam.

Salman Khan’s rakhi sister Shweta confirmed the news of their separation in an interview. She revealed that the reason Pulkit gave her for their separation was his family. Well, it’s not been so long for their marriage and the couple has already headed for a split.  When asked about his secret relationship with Yami, Shweta chose to stay mum over it, which indicated a bitter truth behind it.

Also, after Shweta’s confirmation, during promotional event of Sanam Re, Pulkit was asked about his reconciliation plans with his wife. To which he replied saying that the two have not talked on the same yet and was quick to reply that he is single.

Reportedly, Pulkit was also asked about his Valentines Day plans as his movie is also releasing on the same day. To which Pulkit replied saying, he will be spending it with Yami, Divyaji (Divya Khosla Kumar) and Bhushanji (Bhushan Kumar). Though they are not spending it alone, but they would be together on Valentines Day is a matter of fact.

On the work front, Pulkit Samrat is all set for the release of his upcoming romantic film ‘Sanam Re‘ opposite Yami Gautam. Divya Khosla Kumar, who made her directorial venture with the film Yaariyan, is all set with her second directorial love story film ‘Sanam Re’. The film also stars Rishi Kapoor and actress Urvashi Rautela.[/tps_footer]