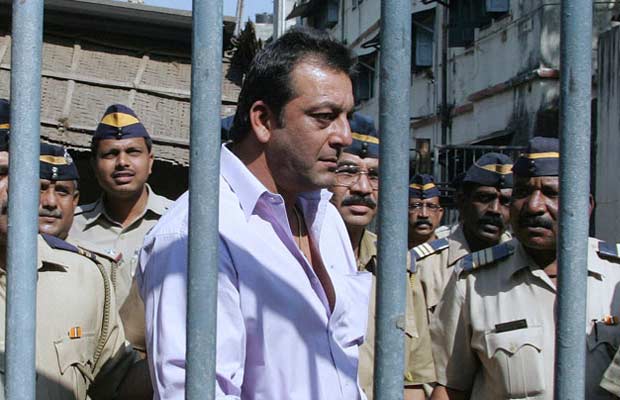 [tps_footer]The reports went abuzz with the fact that actor Sanjay Dutt might get an early release from his punishment. It was reported that the Munnabhai actor Sanjay will be released on February 27, 2016. Sanjay Dutt is currently serving his punishment in the Yerwada jail after he was convicted for 1993 Mumbai blasts.

However, after almost all speculations are gung ho over the fact that the Bollywood actor might soon return home, there is another twist to his release. According to Ranjit Patil, Maharashtra’s Minister of State for Home there has been no decision taken over the release of actor Sanjay Dutt yet. On the contrary, Sanjay Dutt’s lawyer stated that the actor might get a release on February 27.

After the reports about Sanjay Dutt’s early release made rounds amongst the masses, the decision received loads of criticism. The micro blogging site Twitter was one of the platforms which witnessed loads of users confessing flak over the same.

Sanjay Dutt’s lawyer Hitesh Jain when asked about the early release of Dutt replied, “It is wrong to say his jail term has been reduced. Sanjay Dutt is coming out after completing his sentence and his release term has not been reduced or increased. His release date was set as February 27 before itself.”

Things are nonetheless not so clear and hassle free as they sound. Even after Hitesh Jain’s statement, Ranjit Patil threw light on the issue and stated, “The government has not taken any decision to reduce his sentence or give remission.”

Additional Director General of Police B.K.Upadhyay replied on the ongoing speculations saying, “The state government has not given any intimation on the issue so far.”

The confusion over the release of Sanjay Dutt is growing to no ends. The actor was convicted for the 1993 Mumbai blasts under the Terrorist and Disruptive Activities Act. The actor since his arrest has been on furlough a couple of times and has also been granted a parole. Sanjay received loads of criticism for using his star power in the matters of law.

Now when does Sanjay Dutt get a release from his punishment is yet to be seen.