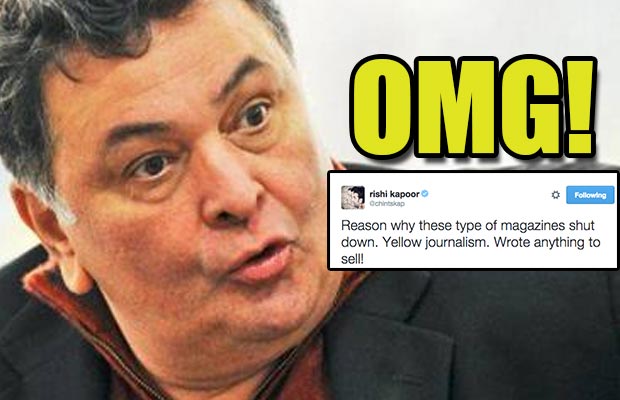 [tps_footer]Bollywood’s veteran actor Rishi Kapoor is never behind to give his perspective on the things and issues he wants to. Rishi Kapoor who is quiet active on social media, once again took to his twitter handle to share vintage pictures of him from his good old days.

The actor who has been several times in news for his tweets, has yet again tweeted something unique yet interesting vintage pictures. He has shared some vintage magazine covers with captions on how news was being sensationalized at that time.

Rishi Kapoor is known to be an open minded, liberal and outspoken celebrity. He often gets into trouble for talking his heart out at wrong situations, but moreover, anything what he rants is something that no one can miss.

The veteran actor has shared some of the vintage magazine covers, expressing the displeasure for the type of headlines they used for him. One of the tweets reads as, “Reason why these type of magazines shut down. Yellow journalism. Wrote anything to sell!” 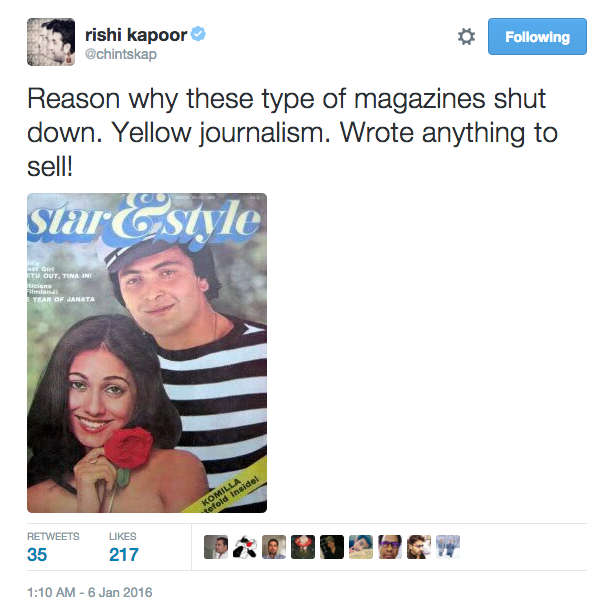 In the series of his tweets, Rishi Kapoor also tweeted a magazine picture with a caption, “Ye bhi pad lo.Kuch bhi likho to sensationalise.We were too naive to take any action. They wrote and then apologized.” 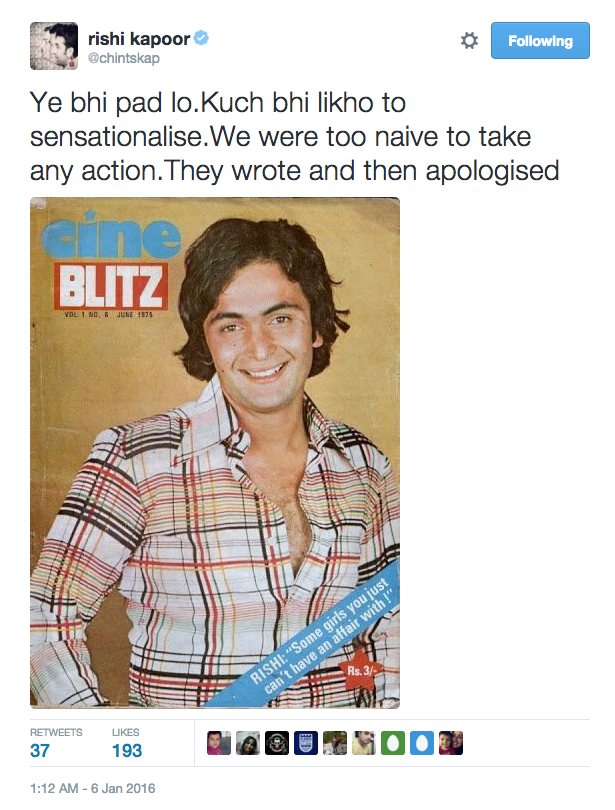 He also shared a cozy picture of him posing with actresses Mamta Kulkarni, Shilpa Shetty and Tabu, captioned as, “Don’t even remember when this picture was taken.With teeny boppers Mamta,Shilpa,Tabu.They actually look like kids!” 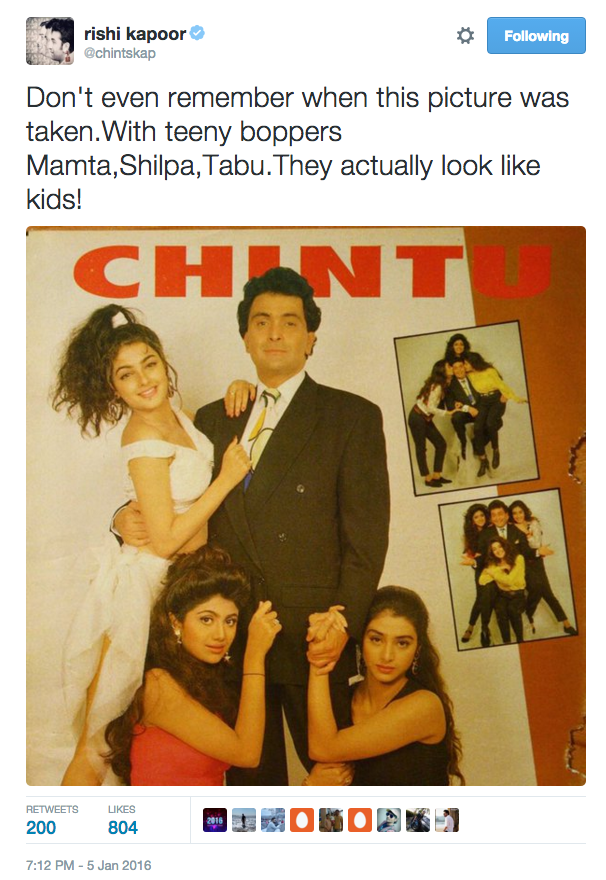 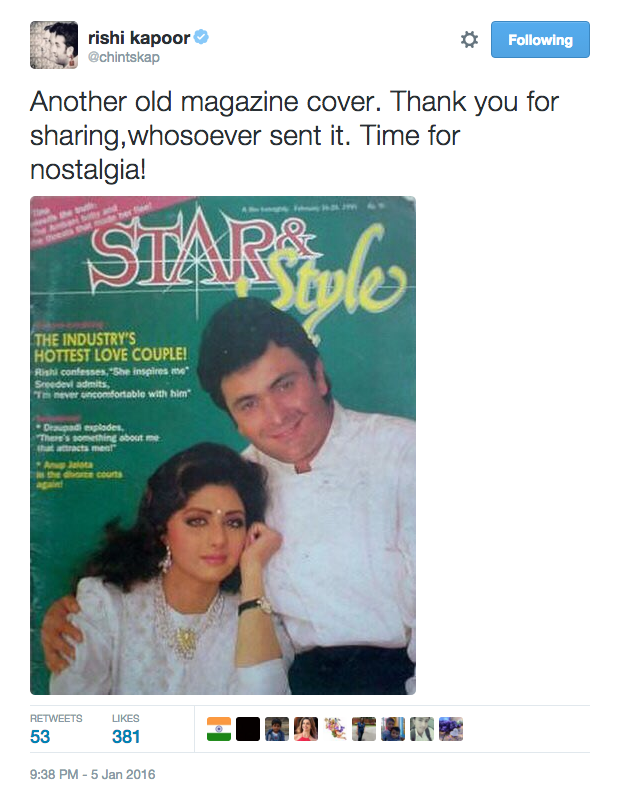 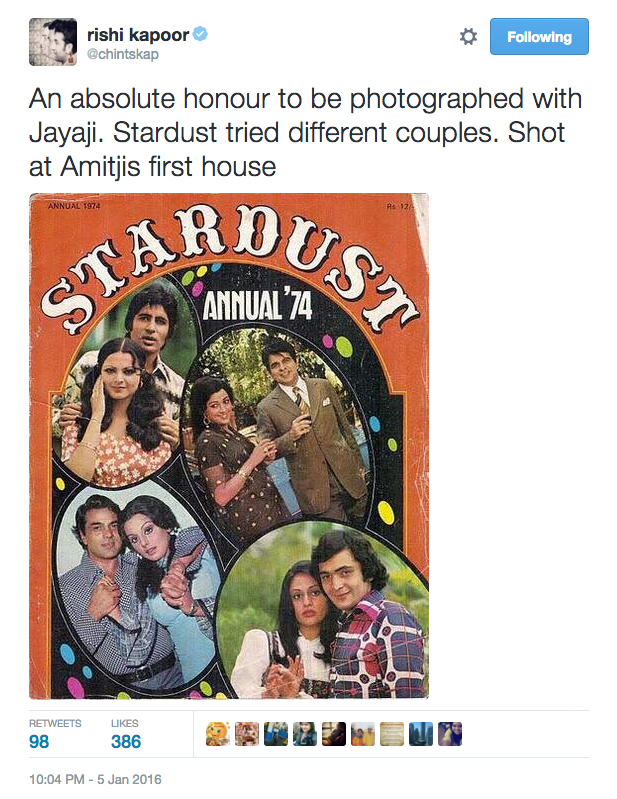 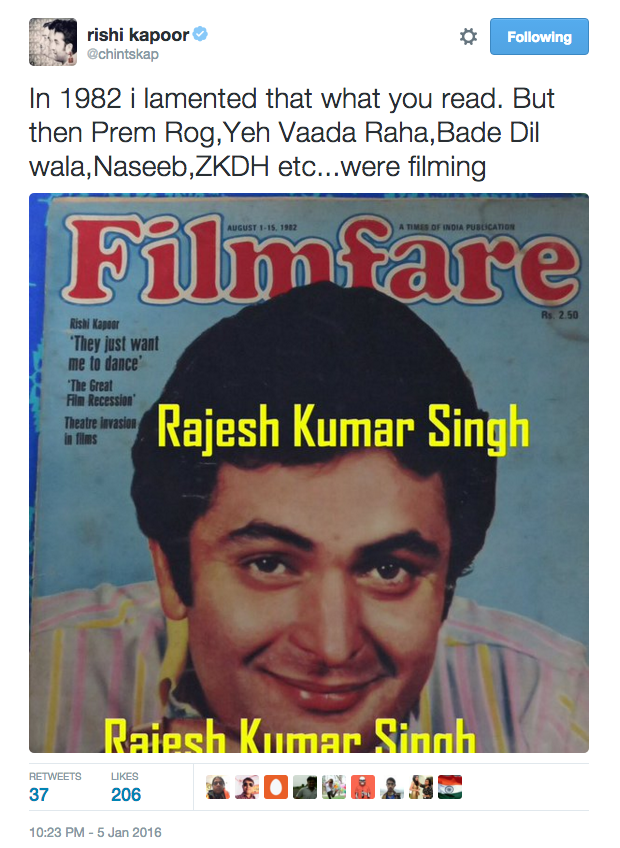 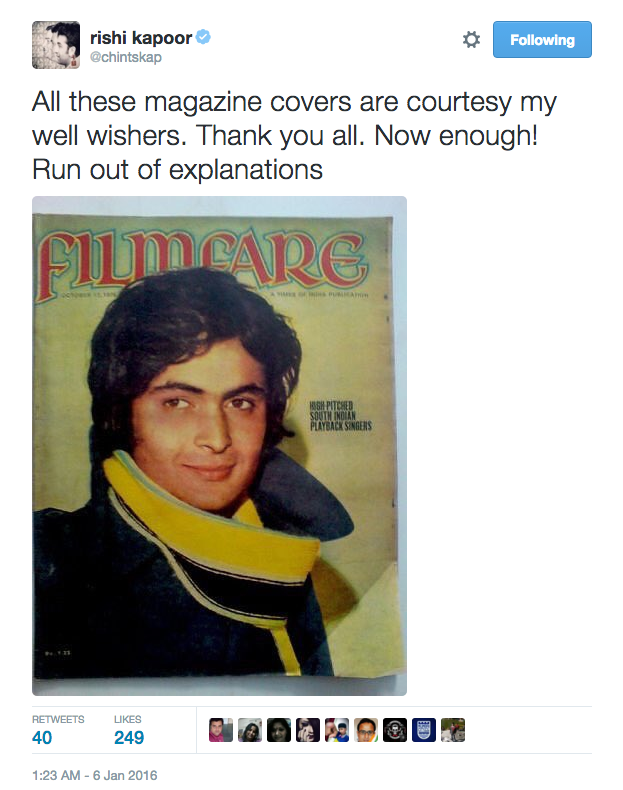 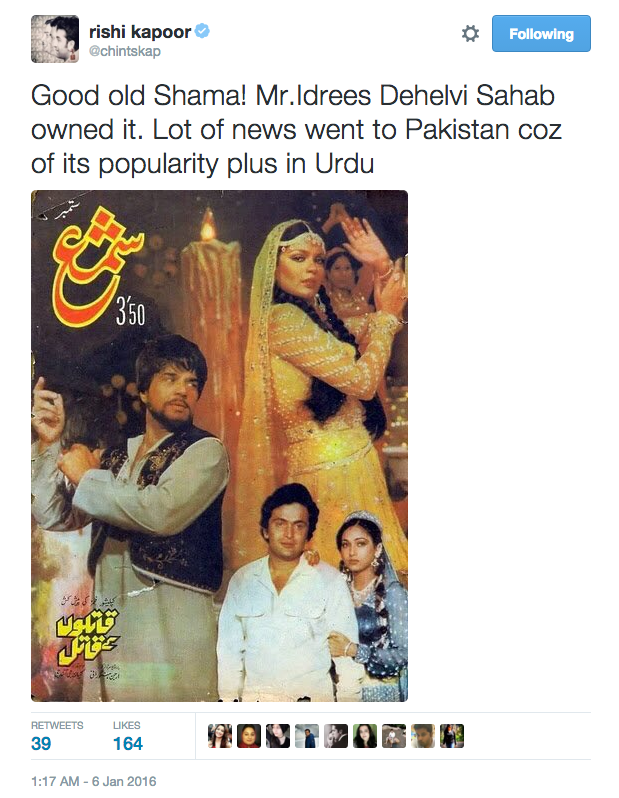 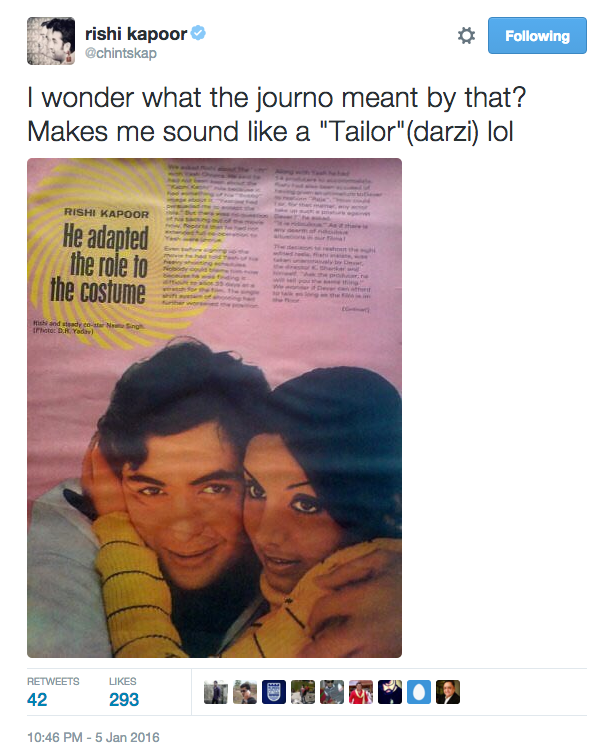 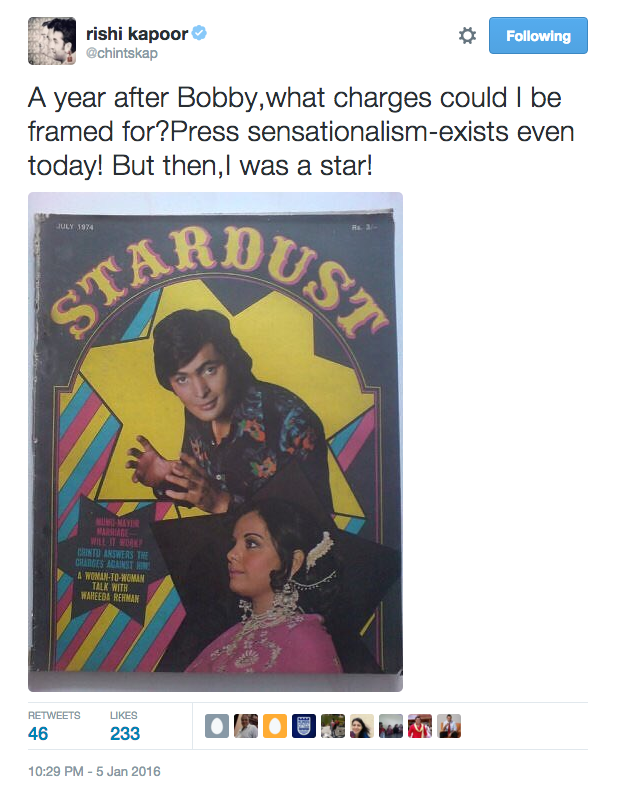 Rishi Kapoor, who always shows his honesty by expressing his views on twitter, has lashed out at Yellow journalism this time. Any comments on this?[/tps_footer]