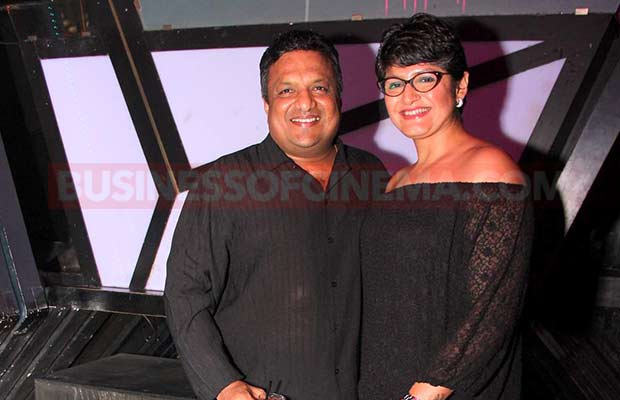 [tps_footer]B-town has found another new reason to throw lavish parties. It is among one of the new cool and hip trends that has surfaced recently to throw grand wrap-up parties once you finish shooting and packing up with your films. We recently attended a wrap-up party for Imtiaz Ali’s ‘Tamaasha’. Well last night was all about the most talked about and hyped wrap up party of our industry held to celebrate the wrapping up of ‘Jazbaa’ shootings.

‘Jazbaa’ is one of the most talked about and ambitious projects of director Sanjay Gupta. His film has been in lime-light for varied reasons. Recently, the media was taken by surprise when we saw Sanjay Gupta who is close to Sanjay Dutt make this Tweet, “What an emotional moment for ARB, Ahmad Khan, Baadshaah, me & my entire crew today when Sanju dropped by to wish us all the best.” Actor Sanjay Dutt dropped by on the sets of ‘Jazbaa’. Sanjay Gupta who shares a good bond with Sanjay Dutt, asked him to pay a visit on the last day of his film’s shooting.

Finally, the last day of shooting went well and now it was time for some celebrations. The wrap up party was organized in a well-known Mumbai club. The eyes of the media as well as the star cast were locked out as the beauty queen walked in from the crowd. We are talking about none other than Aishwarya Rai Bachchan, this married beauty queen looked every bit of dreamy in her deep blue embellished gown. We loved her minimal make-up yet glamorous look.

The party was a success as we saw a huge crowd of stars like Sanjay and Anu Gupta, Sachiin Joshi, Chandan Roy, Atul Kulkarni, Arko Mukherjee (composer of ‘Kahaniyaa’ song), Nilofer Wani ( Singer of Kahaaniya), Vipin Aneja singer, Amjad Nadeem (composer of the song Bandeyaa), Jubin Nautiyal (singer of Bandeyaa). The party was held at a popular pub in the city. The only person we missed the most at the party was the lead actor Irrfan Khan who could not make it to Mumbai, as he is currently attending the Toronto Film Festival.