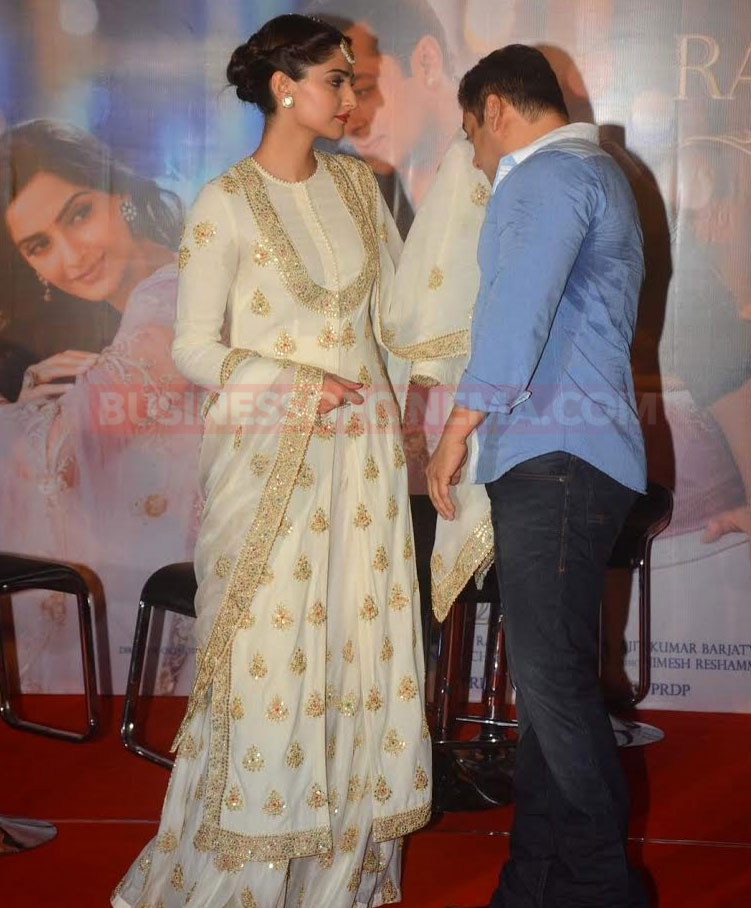 Bollywood actors Salman Khan and Sonam Kapoor, who will be seen together on the silver screen again after almost eight years, have geared up for the release of their film ‘Prem Ratan Dhan Payo’.

Yesterday, during the trailer launch of Prem Ratan Dhan Payo, Salman Khan and Sonam Kapoor were seen at their adorable best in the trailer as well as during the event. The fashionista actress Sonam Kapoor was spotted lovingly wiping off the sweat from Salman Khan’s forehead and not only that they were also seen sharing tea from the same blue mug on stage. 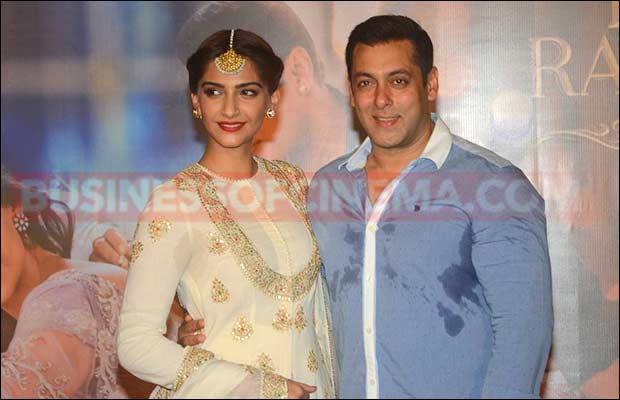 This surely shows Salman and Sonam Kapoor share a very good bond with each other. But it’s also interesting to see fashionista of Bollywood turns kind of ‘Madam Kapoor’ by using her designer beige and gold Anamika Khanna dress dupatta to wipe sweat from Salman’s forehead. 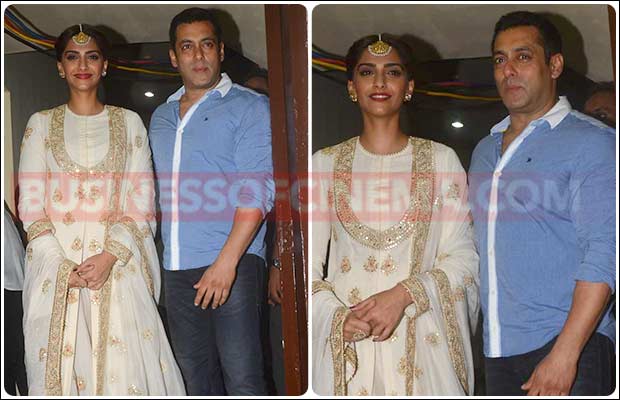 Also the trailer of the film gives us glimpse of Salman Khan and Sonam Kapoor’s chemistry, the trailer launch event also gave us glimpse of their reel life chemistry as ‘Prince’ and ‘Princess’. Salman Khan will be seen as the quintessential Prem once again that audiences have loved and treasured in their hearts opposite Sonam Kapoor and we can hardly wait to catch the adorable jodi once again. 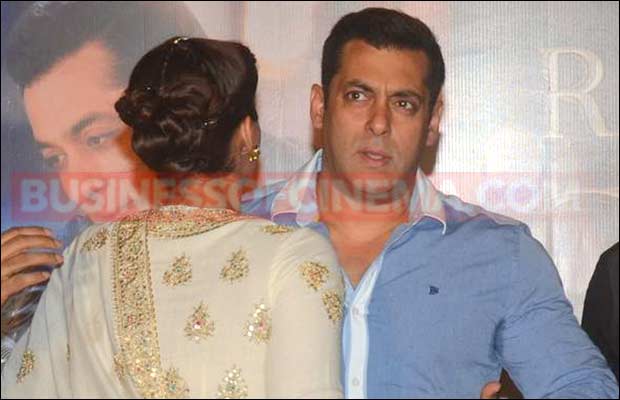 Sonam also shared how she was fond of Salman when she was 14. The ‘Khoobsurat’ actress said that when she was 14 she fought to be allowed to go on the sets of her dad’s film while he was shooting with Salman. Sonam said, “We spoke for an hour in the vanity van but Salman doesn’t remember that.”

The release of the movie is during festival of lights that will tug at the heartstrings of audiences with the Indian-ness love and values it has in its core. The movie is directed by filmmaker Sooraj Barjatya and stars Salman Khan in the lead role. The film also features actor Neil Nitin Mukesh, Anupam Kher, Swara Bhaskar and Sonam Kapoor. The film will hit the theaters on November 12, 2015. 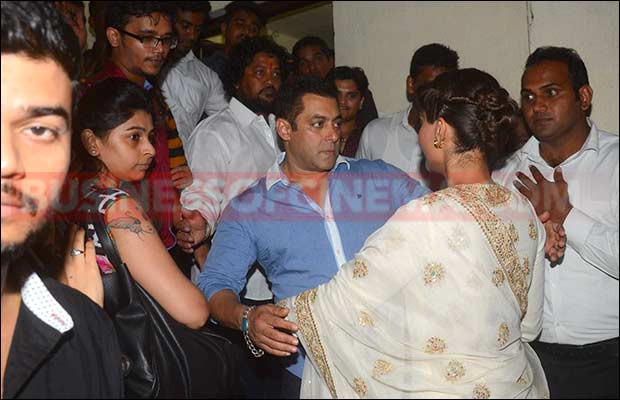