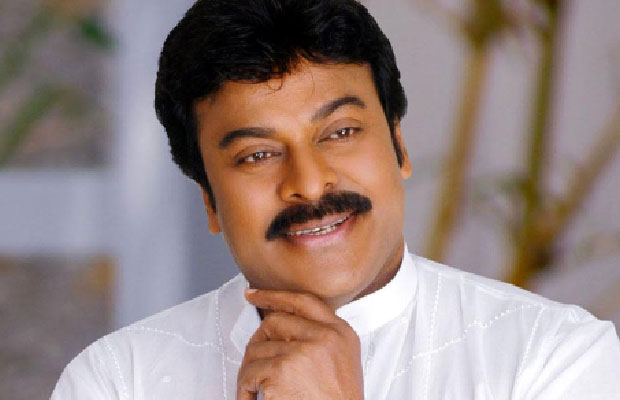 Tollywood star Chiranjeevi who will soon be making his comeback has been hunting for a good script since quite some time now. And it looks like the actor has finally narrowed down this choice as the Telugu remake of Tamil blockbuster ‘Kaththi’. Chiranjeevi has apparently agreed to nod a yes, after making certain changes to the film’s script to make it ready for his Telugu audience as his 150th film.

‘Kaththi’ directed by A.R. Murugadoss originally starred superstar Vijay, Samantha Prabhu and Bollywood star Neil Nitin Mukesh. Apparently the Telugu version of the film was initially offered to NTR Jr. and Pawan Kalyan. “Chiranjeevi has given his in-principle nod but is yet to sign the project. He’s waiting for some changes to be made to the script to suit the Telugu sensibilities,” a source close to the actor revealed.

Also Read: Megastar Chiranjeevi To Do Cameo In Son Ram Charan’s Next!

Reportedly, V.V. Vinayak will direct the venture and it’ll be produced by Madhu along with Ram Charan. Earlier the big news had been confirmed by sources close to director Puri Jagannadh that he will in fact be directing Telugu superstar Chiranjeevi’s 150th film, which will mark his comeback. His son Ram Charan under his home production banner, was supposed to produce the comeback film of the southern superstar, who is all set to achieve his milestone of doing 150 films in his career. However things did not turn out well as the project got shelved, and now the news of ‘Kaththi’ remake has surfaced.

59-year-old megastar Chiranjeevi has worked in several films including his best hits ‘Gang Leader’, ‘Khaidi’, ‘Indra’, ‘Shankar Dada MBBS’, ‘Stalin’, ‘Jai Chiranjeevi’ and ‘Andarivaadu’ amongst others was last seen as a special guest in his son Ram Charan’s film ‘Magadheera’. He recently shot a cameo role for his son’s film ‘Bruce Lee’. Chiranjeevi is a member of Indian National Congress and was also the Minister of State with independent charge for the Ministry of Tourism.