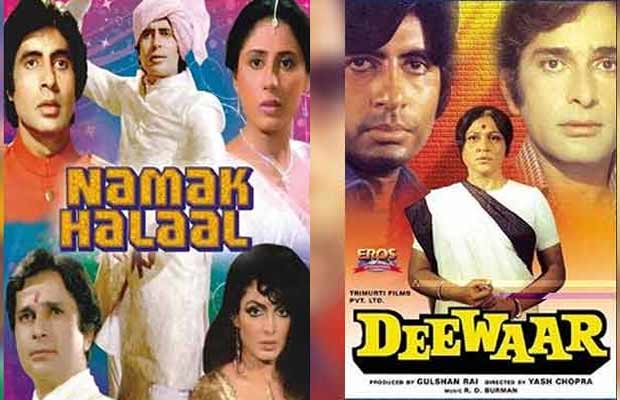 While Shashi Kapoor has breathed his last, his work is immortalized.

Indian Cinemas has lost a gem. This void is not the one that can be filled. Legendary actor Shashi Kapoor has breathed his last on December 4, 2017, at the age of 79. The veteran actor was hospitalized due to prolonged illness.

Bollywood actor and producer, Mr. Kapoor had also appeared in a number of English-language projects.

While his presence will be missed, his work has been immortalized. In his remembrance, these are some of his Iconic movies:

Silsila (1981) is considered to be a classic hit of Bollywood. Directed by Yash Chopra, the film stars iconic actors like Amitabh Bachchan, Jaya Bachchan, Rekha, Sanjeev Kumar and Shashi Kapoor. The movie is said to be inspired by the real-life love triangle between the leads— Amitabh-Jaya-Rekha!

While Mr. Kapoor’s role was short, it was the most impactfulone. His character Sqdr. Leader Shekhar Malhotra was the catalyst for the events that followed in the movie.

During that time, Silsila did not fare well at the box office. However, its soundtrack was an instant hit. Remember the classic holi song— Rang Barse Bhige Chunar Wali? However, today the movie has gained a cult following.

Shashi Kapoor’s character Raja Kumar is the pivotal one in the movie. Namak Halaal is a movie about how two bother to reunite to save their loved ones.

The movie was an instant hit at the box office. It went on to become a golden jubilee hit of the year.

Namak Halaal was later remade in Tamil and Telugu. Both of them were huge hits.

New Delhi Times with its controversial storyline was shunned by film distributors and television to run. As they say that art conquers— New Delhi Times won three National Awards.

The film is about a newspaper editor, Vikas Pande (Shashi Kapoor) who exposes the politics-media corruption tie by paying a very personal price.

Deewar is now a cult classic. The movie tells us much more than the story of two brothers. It reflects the political situation in the country during the 1970s.

The iconic movie tells the story of two brothers who struggle to survive in the Dharavi slums of Mumbai, and eventually find themselves on opposing sides of the law.

The “deewaar” refers to the wall that has been erected between the two brothers because of the socio-political turmoil of that era.

The movie is a groundbreaking Indian cinematic masterpiece. For ages to come, Deewar has impacted not only the Indian Cinema but also the Indian society as a whole.

Kabhie Kabhie spans through two generations. The movie is all about the events that unite old lovers as friends.

This was Yash Chopra’s second directorial venture with Amitabh Bachchan and Shashi Kapoor in the lead roles after Deewaar. The film is particularly remembered for its complex storyline and an amazing soundtrack. Remember the song “Kabhi Kabhie Mere Dil Mein”? Yeah, that was from this movie.

The movie won many accolades for its soundtrack.

Our prayers and thoughts go out the Kapoor Family in this difficult time. You will always be remembered, Shashi Kapoor.