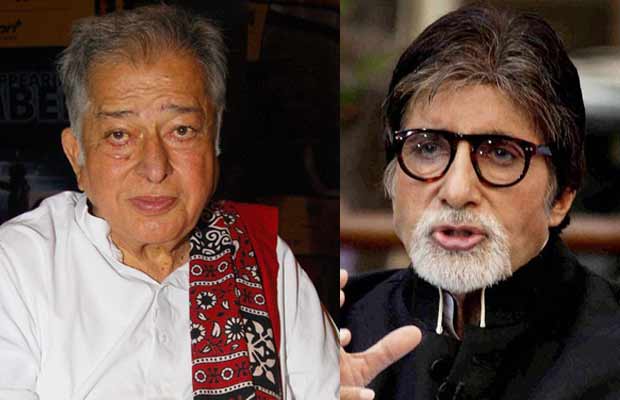 Amitabh Bachchan expresses his grief in this heartfelt letter on his Deewar co-star Shashi Kapoor’s death.

Bollywood legend Shashi Kapoor passed away on Monday evening at Mumbai’s Kokilaben hospital at the age of 79. After a prolonged illness, the veteran actor breathed his last yesterday. He had been suffering from a kidney ailment for many years. Amitabh Bachchan, who has worked with Shashi Kapoor expressed his grief and loss of the legendary star. He poured his heart out on his blog Monday night.

Talking about Shashi Kapoor’s health issues, Big wrote, “He had been ailing .. somewhere he had let himself go after the passing away of his dear wife Jennifer .. I had visited him on occasion in Hospital during some of the times he had been hospitalised earlier .. but I never went to see him again .. I would never have .. I never ever wanted to see this beautiful friend and ‘samdhi’ in the state I saw him in hospital….…. and I did not today, when they informed me that he had gone.”

“The words of the ‘sher’ at the opening came to me minutes after Rumi Jafri, eminent writer in our film industry, sent them to me on learning of his death ..’how long could I have preserved this exquisite and expensive book of life ; the pages of the book were damaged ..’ He fondly addressed me as ‘babbua’ .. and with him have gone many incredible unread chapters of his and my life,” he further wrote.

Amitabh Bachchan also wrote about how he copied Kapoor’s hairstyle. “The next .. was his semi curly hair on head, falling carelessly over his forehead and ears, not quite covering it .. and my upper story mumbled again : ‘hey ! maybe you should think of covering your ears as well ..’ … and off I went to Hakim the hair dresser at Taj Hotel with my plan .. and executed, it remained till date,” he wrote on his blog.