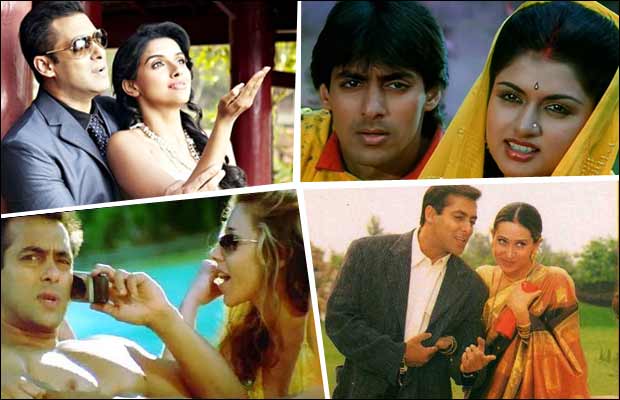 Bollywood’s ‘Bajrangi Bhaijaan’ actor Salman Khan is one of the versatile actors who have wooed the audiences with his amazing acting and different characters in his films since last 15 years. The actor started his career with a supporting role in ‘Biwi Ho To Aisi’ and achieved breakthrough with a leading role in his next release Sooraj Barjatya‘s romantic film ‘Maine Pyar Kiya’.

After his last film ‘Bajrangi Bhaijaan’, Salman Khan is all set with his upcoming Sooraj Barjatya’s ‘Prem Ratan Dhan Payo’. The actor will be once again named Prem in the film which has always been loved by the audiences since years. As we all know Salman Khan and Prem go hand in hand and it seems that actor has a copyright of it now.

Well, our favourite director and actor are coming together once again with Prem saga and we take a look at Salman Khan’s all movies where he excelled as Prem.