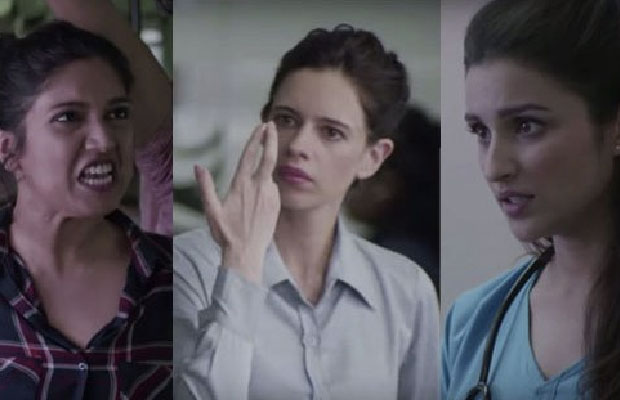 YFilms’ YouTube channel has recently rolled out one of the most witty and candid trailer for their latest video release. The video has the longest and surprisingly quite strong star members who have acted in small but meaningful roles in this directorial produce. The video is titled ‘Man’s World’ which shows the struggle, the survival and finally the success of women in our present world.

Also Read: Arjun Kapoor And Parineeti Chopra The Next Couple In B-Town?

Parineeti Chopra, Bhumi Pednekar, Richa Chadha, Rhea Chakraborty, Shruti Seth and many more names appear in the introductory scene. The Video will be launched on September 29 for free viewing on their YouTube channel. In order to get more popularity and awaken a sense of inquisitiveness the video is planned to be launched in three parts, we will see the first part on September 29, then the second on October 01, the third on October 06, and the finally series finale will air on 8th October.

The topics is quite old but let’s see if YFilms’ can work some magic out. The star cast is quite impressive and strong and hence the expectations from the viewers have increased a lot. The trailer looks promising and interesting we are hoping to see more of the fun and bitter truth as it unfolds on YouTube.

This is a new venture of YFilms’ and we wish them luck for more such new innovative thinking.