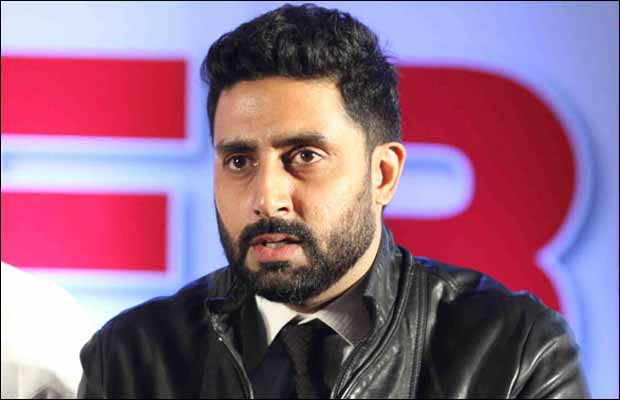 [tps_footer]Bollywood actor Abhishek Bachchan recently made a trip to Chennai for his football team, and now is stuck there due to the endless floods happening around the city. Naturally fans, friends and family were worried sick about the actor who let everyone know that he is safe via Twitter. Chennai floods have been devastatingly destroying and prayers are pouring in for all affected by it. Abhishek Bachchan too prayed for the ones affected severely by the calamity.

Abhishek took to his Twitter handle and wrote, “Thank you all for the concern. Am safe and dry. Thoughts and prayers with the people more severely affected. #ChennaiFloods”. The actor had flown down to Chennai to support his IFL team who are playing in the city. Surprisingly the match went on without any hassles despite the flood like situation at other places of the city. Abhishek Bachchan confirmed he is safe and dry, but will still be stranded in the city till transport system clears out.

Bollywood celebrities and South stars alike have been pouring their heart out for people in Chennai battling with this dangerous situation. The entire country is worried for the city and celebrities like Rajinikanth, Allu Arjun, Suriya and Dhanush have already contributed monetary help for the survivors. Another actor stranded amidst flood is Siddharth who is apparently staying on the rooftop of his own house as it is filled with water.

Certainly it is a huge calamity that has struck the city with great force, although help is on its way. PM Narendra Modi also recently arrived at the city giving hope to everyone in Chennai. It is speculated that things might not clear out till the weekend as the rains show no sign of stopping. All roads and other means of transport are currently blocked with means Abhishek Bachchan will not be returning to Mumbai any time soon.[/tps_footer]