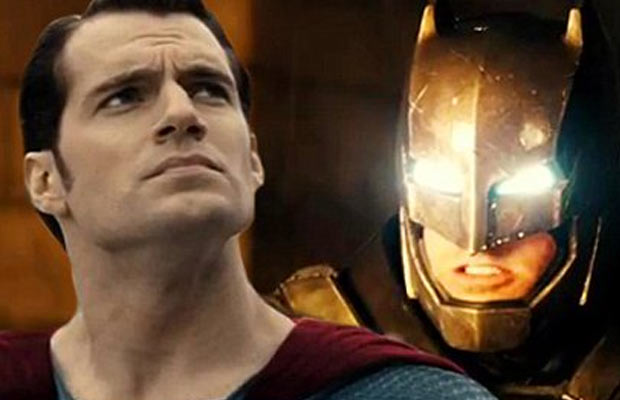 [tps_footer]Hollywood’s highly anticipated film ‘Batman V Superman: Dawn of Justice’ is out with its second trailer, and you should stop what you’re doing and watch it first! After rising the anticipation with the first trailer, the makers created hype for the second trailer by releasing a small sneak peek few days ago. And boy did they do a great job! The second trailer is everything and more that will make every fan want to time travel into 2016 to the film’s release date and watch it.

‘Batman V Superman: Dawn of Justice’ trailer 2 has everything – action, drama, great costumes, humour and amazing performance by each actor giving in his/her own input. The trailer begins with Clark Kent (Superman) asking fellow reporter about Bruce Wayne, and soon the two exchange dramatic words. That’s when the film’s antagonist Lex Luthor enters and merrily tells them they should not pick a fight, sarcasm much? The trailer enters the stage of craziness and dramatic fights eventually unveiling the monster villain Doomsday.

Although fans are of an opinion that the trailer of ‘Batman V Superman: Dawn of Justice’ gave away too much, we think that’s the point of showing trailers before the release, to create interest by giving us a gist of the film. Obviously the makers must not have revealed all the plot of the film and surely we can expect surprises when we actually watch the film. We loved the entry of Superwoman in the end, and the cheesy line exchanged by Batman and Superman.

Well one thing is clear from the trailer, what starts off as a fight between Batman and Superman turns out to be both the heroes against Doomsday in the end. Now whether they become friends in the end or not, only time will tell. The film will see Ben Affleck as Batman, Henry Cavil as Superman, Jesse Eisenberg as Lex Luthor, Gal Gadot as Wonder Woman, Jason Mamoa as Aquaman, Amy Adams as Lois Lane, Ezra Miller as the Flash and Jeremy Irons as Alfred. Directed by Zack Snyder, ‘Batman V Superman: Dawn of Justice‘ will release initially on March 23, 2016. Watch the trailer here!