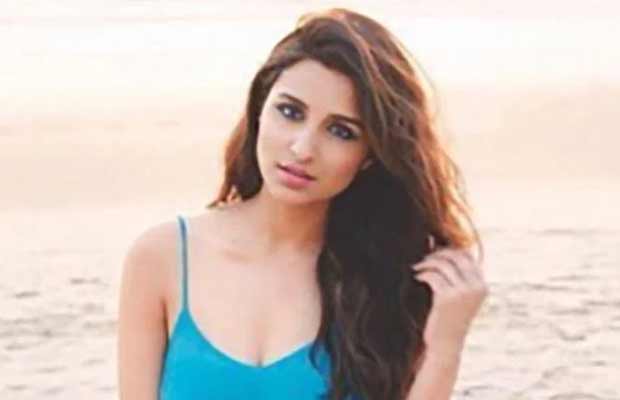 It’s known to all that Karan Johar’s Dream Team Tour features coolest kids of Bollywood. B-town stars Katrina Kaif, Aditya Roy Kapur, Varun Dhawan, Alia Bhatt, Sidharth Malhotra and Parineeti Chopra will be seen live across various cities during their US tour. Led by Karan Johar, these stars will be partying with fans across the cities including New York, San Jose, Chicago, Los Angeles and Houston this summer.

While the show is all set to begin from August 12, the stars have geared up for their rehearsals. All the six stars are sweating it day and night for their power packed dance performances. During their rigorous dance practice session, Parineeti Chopra injured herself. Parineeti injured her leg while she was dancing with Varun Dhawan on Dishoom’s ‘Jaaneman Aah‘ track

Varun Dhawan took to twitter to reveal about Pari’s injury. He tweeted, “#dreamteam rehearsals on working hard with the hardest worker @ParineetiChopra. Whose hurt her foot but will recover 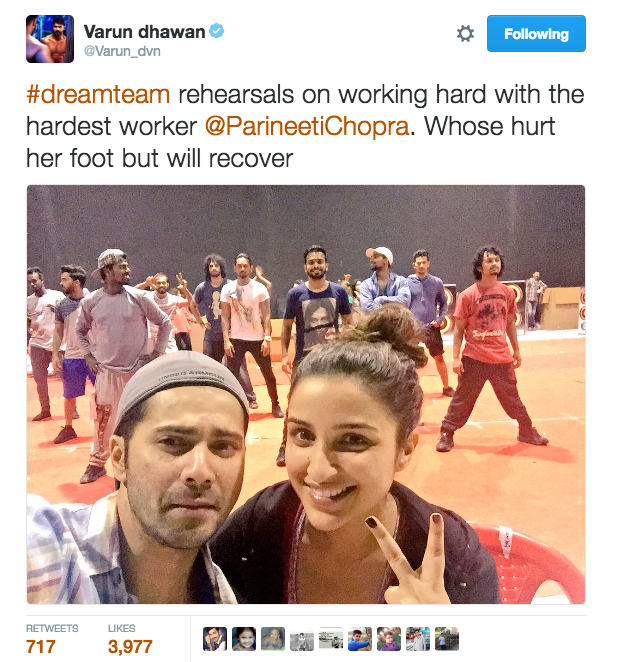 Confirming she is all right and ready to perform at the concert 3 days after, Parineeti also tweeted, “Thanks guys. Foot has been shown to the doctor and is healing. Whats a show without an injury!! Haha. Performing in 3 days #DreamTeam2016”

We wish a speedy recovery to Parineeti Chopra!