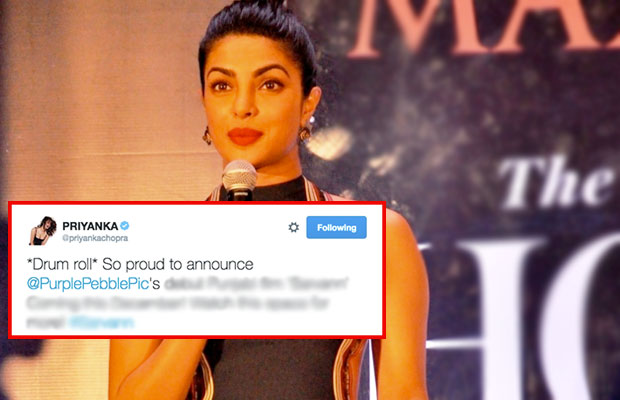 After Ventilator, a Marathi film under Priyanka Chopra’s banner Purple Pebble Pictures, was well received by the audience, seems like PeeCee is now all set to explore the Punjabi cinema.

She made an announcement on Twitter through her personal account and wrote, “*Drum roll* So proud to announce @PurplePebblePic’s debut Punjabi film ‘Sarvann’ Coming this December! Watch this space for more! #Sarvann.”

The first schedule of the film was shot in Canada whereas the second schedule was shot in the beautiful city of Chandigarh. Amberdeep Singh has written the script of the film, which is based on a life of a young boy’s coming-of-age story and of unintentionally discovering his true identity.

The film’s release date is yet to be announced! 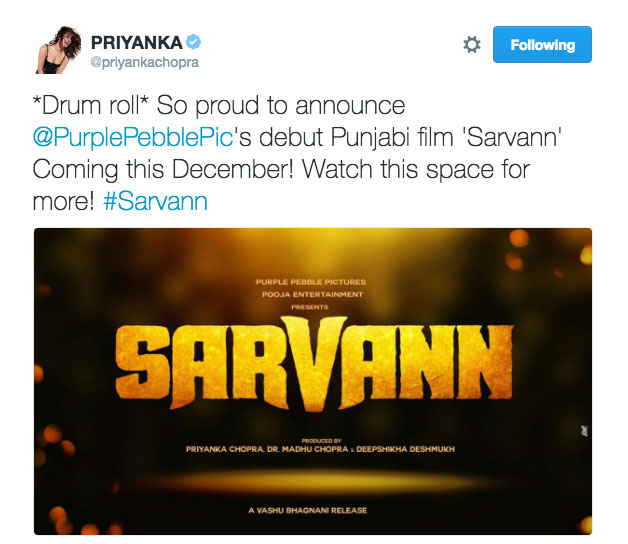