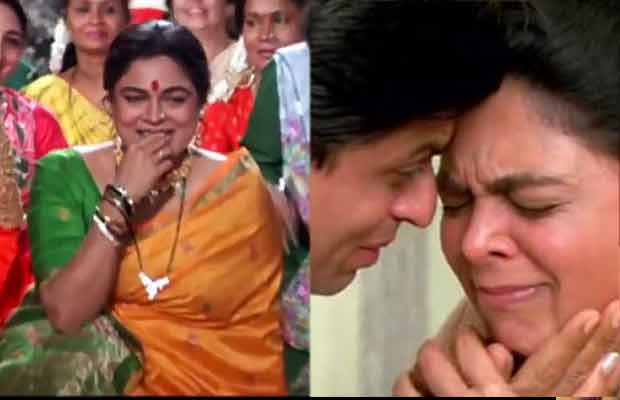 Bollywood veteran actress Reema Lagoo is not among us anymore. The versatile actress left for heavenly abode today morning after suffering from a cardiac arrest. 59, Reema Lagoo passed away today morning at 3:30 am of a cardiac arrest. Ms. Lagoo had been taken to the Kokilaben Hospital last night after she complained of severe chest pain. The actress took her last breath at the hospital this morning. The whole industry is currently in a state of shock.

The industry has lost another talent and with this, let’s take look at some of the iconic roles played by Reema Lagoo onscreen. Now, thinking of Bollywood “Maa”, Reema Lagoo’s name is what we think off.

Let’s have a look at some of her films as a mother— CLICK NEXT TO READ!