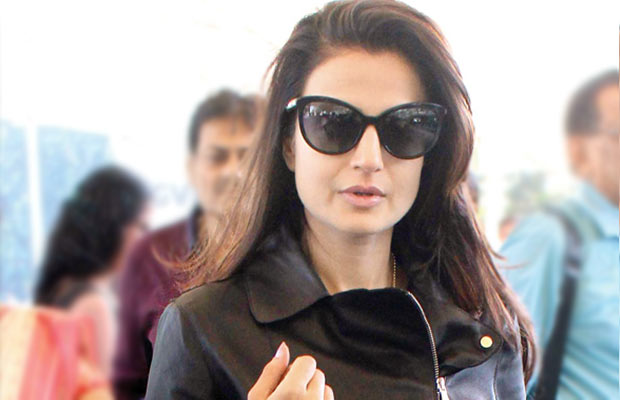 [tps_footer]Bollywood celebs showing off their anger side is nothing surprising! They often lose their patience for some or other reason and mostly, their special targets are journalists. Actress Ameesha Patel recently lashed out at the reporters on the sets of her upcoming film ‘Bhaiyyaji Superhitt‘. Reporters, who were present there for media interactions with the cast of the film, were shocked by Ameesha’s behavior.

The actress started with shouting loud ‘silence’ on the sets as reporters took the time to settle down and begin media interactions. The actress then had a problem with a reporter addressing her as ‘Ameesha’ and told to call her ‘Ameeshaji‘ instead.

Well, that was not enough it seems and the next reaction of her will surely leave you in a shock.  A reporter asked Ameesha why she wasn’t seen on the big screen for nearly three years. To which she reacted saying that if he had brains, he would know that she was busy setting up her production house.

Well, the reason behind Ameesha Patel’s this behavior is reportedly said to be because of the ‘Bhaiyyaji Superhitt‘ team failed to inform her about the scheduled press interaction. Not only Ameesha, even Preity Zinta, who is a part of the film, was annoyed on being informed about the press meet.

‘Bhaiyyaji Superhitt‘ is being directed by Neeraj Pathak and it reunites Ameesha Patel with her ‘Gadar‘ co-star Sunny Deol .[/tps_footer]