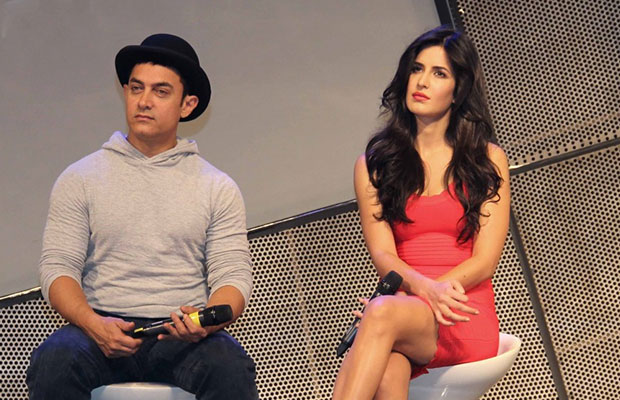 Dhoom 3 was the third installment of the Yash Raj Film’s Dhoom series. With each installment, the movie got bigger and grander. The third installment saw a new Jodi on-screen, Aamir Khan and Katrina Kaif while Abhishek Bachchan and Uday Chopra reprised their roles. It was one of the big hits of 2013.

This blast from the past is about Aamir’s infamous need to interfere with the editing process. It seems Aamir was responsible behind a whole song dedicated to Katrina being chopped off. Though Kat has a relatively small role, audiences loved and remembered her in the movie especially because of the two songs, Malang and Kamli, where she danced like a dream.

Reportedly, there was one more song in the film that was more of Katrina’s backstory which was not part of the movie. In fact, Katrina had rehearsed for the song for over a month and even practiced her dance moves and stunts to perfection. Despite the complicated stunt involving a trapezium, she was doing it herself with no body double.

In the movie, Katrina played Aliya, an ambitious large-hearted girl. This was the setting of the song – after getting to know Aamir well enough, Katrina takes him on a tour of her life (through this song).  She sings, she dances, and she does some solid acrobatics and narrates her story through that song. But, Aamir didn’t think it fitted in the movie’s narration and hence it was chopped off.

Katrina was informed over the phone that the song was chopped off due to “creative” requirements. She was definitely left heartbroken after learning about the new development, obviously!!

Apparently, this is not the first time that Katrina has faced such situation with YRF. She was supposed to be a part of ‘Bachna Ae Haaseno’, which also starred Ranbir Kapoor and Deepika Padukone. But makers had to cut her storyline even before she could shoot for it. Director Sidharth Anand confirmed in an interview, in 2008, that Katrina’s track was cut as it was lengthening the film a bit too much. Katrina took that one in her stride.

May be not this one!