Kamaal Rashid Khan aka KRK is infamous for his Twitter rantings. He has given his opinions on everything – from Bollywood movies to passing lecherous comments at actresses to taking up fights with the people film industry, KRK gets rather infamous with each of his tweets!

KRK keeps passing comments about everyone else’s family. Like recently, he had some very mean things to say about Tiger Shroff and even asked him to be a man like his father, Jackie Shroff. While sometimes people lash out at him and during others, they maintain a dignified silence and not bother about what that man has to say.

To everyone’s surprise, recently KRK took to Twitter to share a picture of his daughter, Farah. He captioned the image as “With my daughter Farah Khan!” 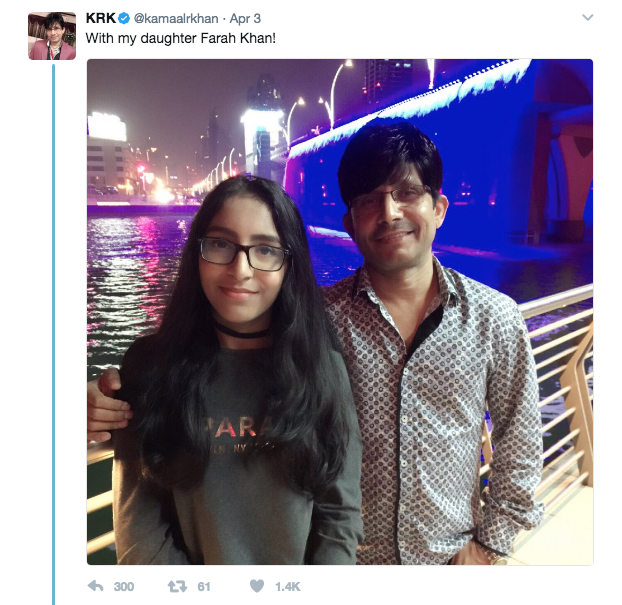 Never has it happened that KRK tweeted something and he hasn’t been trolled for it. This picture was no exception. From people “feeling sorry” for the girl to calling her “unlucky” for having such a father, Twitteratis had so much to say!!

Here are some words of wisdom from Twitter, some will sure make you smile or twitch!

Not just daughter, he shared a picture of his wife and son as well. While sharing the picture he captioned it as “These are 3 lifelines of my life. Wife Aisha, Daughter Farah and Son Faisal.” 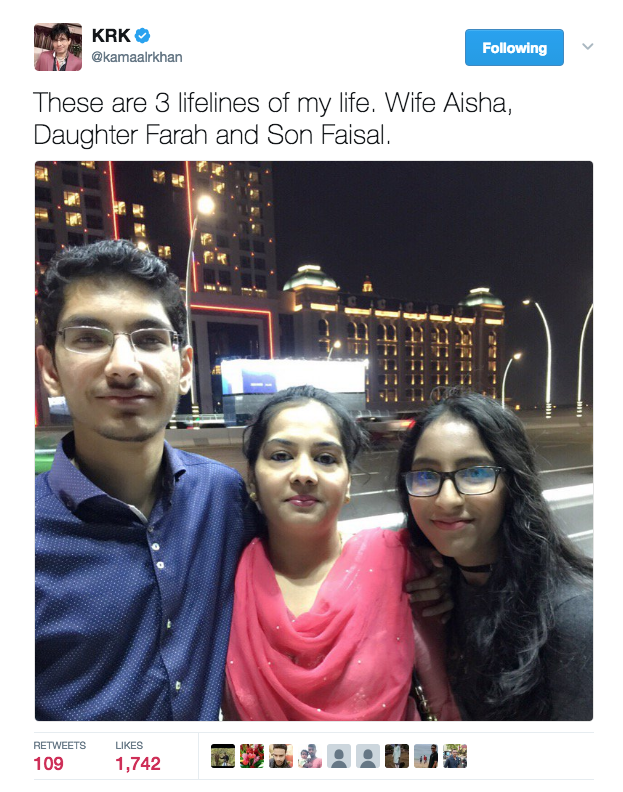 KRK has also kept his personal life well-guarded away from social media glare. Wonder what made him change his decision now.