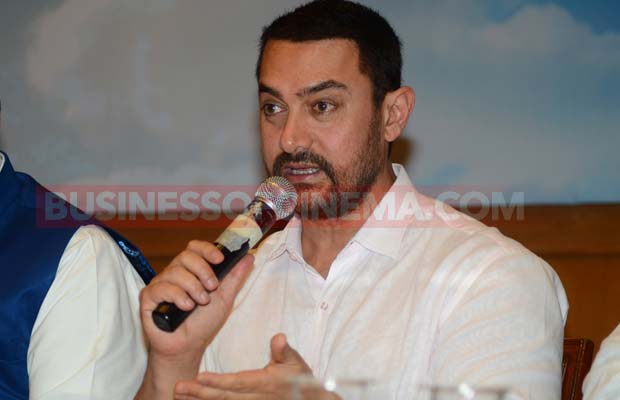 [tps_footer]Activist Manoranjan Roy has filed a petition against Aamir Khan‘s talk show Satyamev Jayate, he said the words ‘Satyamev Jayate‘ form part of the Emblem of India and hence their use is violative under the State Emblem of India (Prohibition and Improper Use) Act and State Emblem of India (Regulation of Use) Rules. Now, The Union Ministry of Home Home Affairs (MHA) in its affidavit, in response to the petition, said the use of phrase ‘Satyameva Jayate’ was not violative of the Act and Rules. In fact MHA Under Secretary Pradeep Pandey, has said in his affidavit filed against this petition that, “The Act and Rules prohibit improper use of the State Emblem of India as a whole. There is no provision which prohibits the use of its part like ‘Satyameva Jayate’, the lion, the bull, the horse and so on,” No wonder why politics is so difficult to understand, you never know which minute you will break a law and will face harsh consequences that don’t even spare the biggies of the entertainment world, business world and poltics world too. But it’s important to be a vigilant citizen.

After reading affidavit the court had a question, what if tomorrow someone else uses the Emblem as a whole and not the phrase, then will the Union government hold the same view ?? So now a new division bench of Justices AS Oka and GS Kulkarni directed Additional Solicitor General Anil Singh will appear with regard to the petition on 20th April and the court has also directed Star TV and Aamir Khan to file their affidavits by 20th April. Aamir Khan already faced negativity for his growing intolerance comment and now a legal issue is waiting to be sorted. Hope things go well with the makers of this show.

Satyamev Jayate is an Indian television talk show that started in 2012 and it was hosted by Mr. Perfectionist, an amazing actor and filmmaker Aamir Khan. This was the first show of Indian television which aired simultaneously on a private channel network STAR and a national broadcaster Doordarshan and this show was dubbed in several languages, so that the people could relate more with this show in their own language. Gayatri Yadav from STAR India stated that, “This is an important and relevant show for all of India and Star India is going all out to make sure that this show reaches out to all Indians even in places with limited or no TV connectivity.” After the first episode, Shiv Sena chief Bal Thackeray had requested the Karnataka government to allow the show to be aired. On the issue, Thackeray commented that “This show must not be tied up in parochial chains or barred from the public. This is our view.” Not just the leaders, but even audiences loved this show and got emotionally attached to it.

This show was based on sensitive social issues prevalent in India such as female foeticide, child sexual abuse, honour killings, domestic violence, rape, untouchability, alcoholism, and the criminalization of politics. It always aimed to bring out the great achievements of people which would often go unnoticed in order to encourage the audience to achieve their goals no matter what comes in between. It was far better than the Saas Bahu serials which had no contribution in making our society a better place to live in but this show of Aamir Khan will always be remembered for good. With the help of this show the makers also aimed at empowering citizens with correct information about our country, it’s rules and regulations, mishaps that happens daily and also encouraged it’s audiences to make donations in the NGO’s that are working to help people in need, 24×7 and urged audiences to take action as a responsible citizen of our country and not sit back and blame the system, people and circumstances but try our best to bring right changes in the society we live in.

Hope we get to see such outstanding concepts in the world of television more than just entertainment. Hats Off to the makers of this show who took a big risk by making this show when only fiction was watched more on tv than reality based show.[/tps_footer]