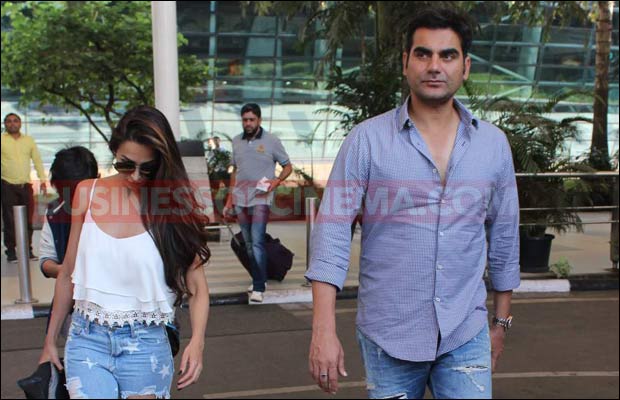 [tps_footer]It seems like every second day there is a new development in the rumored Malaika Arora Khan-Arbaaz Khan divorce debacle. There’s no end to Arbaaz Khan and Malaika Arora Khan’s divorce rumours and everybody has a little snippet to add. However, the newest development in this twisted story is Salim Khan’s take on their relationship. Salim Khan, Arbaaz’s father would definitely know the inside story on the couple’s lives and if this rumor has any truth to it.

According to a leading daily, Salim Khan refused to comment on their relationship, saying he doesn’t interfere in the personal lives of his children. He said that he is a writer and it would be best not to ask him about anyone’s love affair or break-up reports. He never interferes in the life of his kid and maintained staunchly that he does not want to talk about it. Well, Salim who claims not to interfere in his children’s love matters certainly hasn’t keep mum about Salman’s marriage. Wonder why he has chosen to be silent when it comes to Arbaaz’s marriage.

Even Malaika’s mother, Joyce Polycarp, has refused to talk about the issue. She said that as two individual adults, Malaika and Arbaaz should be the ones to disclose details. She doesn’t want to get into it and certainly does not want to talk to the press about her daughter’s marriage.

Malaika and Arbaaz have been married for 18 years and it is only on the sets of Power Couple that the rumors of the split started surfacing.

We wonder if there is actually some substance to this rumor and that it is not just another publicity gimmick.[/tps_footer]