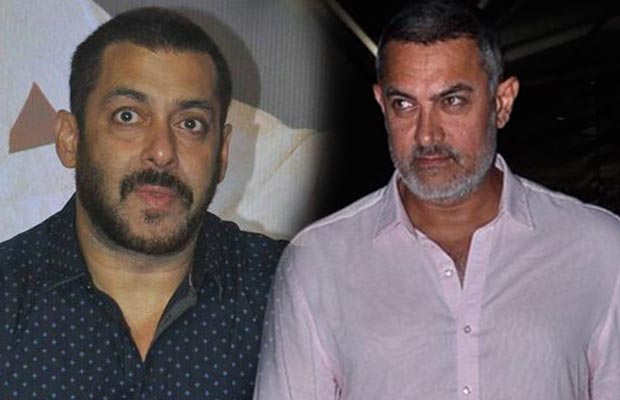 [tps_footer]A news that will be pretty exciting for a lot of people and definitely us. We truly believe that Andaz Apna Apna was a cult classic of Aamir Khan and Salman Khan. And Phantom Films are planning to give a treat as they will soon be following up with the sequel of Andaz Apna Apna. If we all remember properly, the original movie had a star cast of Aamir Khan, Salman Khan, Raveena Tandon and Karisma Kapoor in the lead, though the casting for the sequel is yet to be announced. Fingers crossed!

Recently, Aamir was interviewed on the sets of Dangal in Ludhiana, where he was asked about the sequel to his cult classic, he sounded a little amused and then said that he would love to do Andaz Apna Apna 2 with Salman Khan again if the script is good, but if he is asked about the casting, then he will have to go through the script himself.

We would be overjoyed if Salman Khan and Aamir Khan team up for this movie. They have rocked the screen before, so why not now? Plus if this movie can bring them together, nothing like it![/tps_footer]