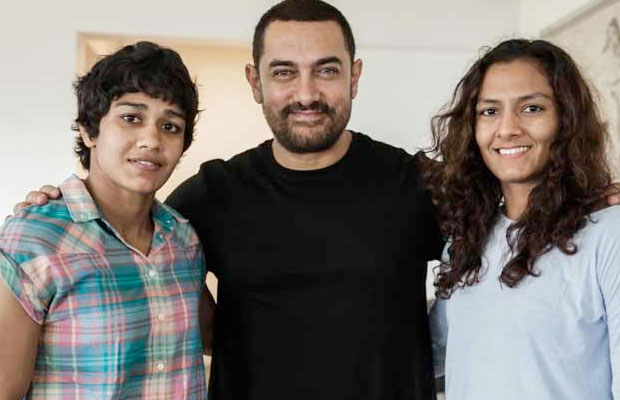 News is Aamir Khan has sent handwritten letters to Mahavir Phogat’s daughter Babita Kumari and Vinesh Phogat (Babita’s cousin) to wish them luck for the Olympics 2016.

The daughters are taking part in this year’s women wrestling competition which is scheduled to take place in August. And so to send his best wishes, Aamir Khan specially handwrote the letters to both the girls that conveys all his regards and luck to them to win the match!

Both Babita (younger sister) and Vinesh (cousin) are very excited and have already started preparing themselves for the big day. Both of them have made India proud by bagging gold medals at various Worlds Wrestling Championships.

Spokesperson further added, “Aamir has become very close to Geeta and Babita Phogat and is in touch with both the sisters on a regular basis. He knows the value of olympics in their life and the struggle that they suffered to purse their goals and so he decided to personally write a handwritten note to wish all the luck for the competition”

Aamir Khan who is currently working on his forthcoming biographical film Dangal on wrestler Mahavir Phogat has met his entire family. Mahavir’s daughters Geeta and Babita Phogat have almost become like family to the actor now.