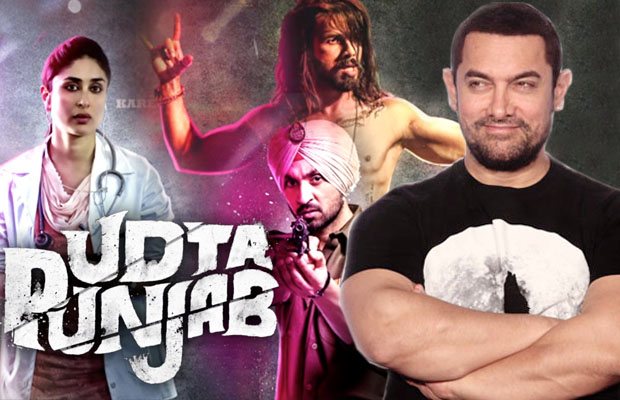 [tps_footer]Aamir Khan came voiced his opinion very strongly and backed Udta Punjab’s producers cause of getting the film released without any cuts. Agonized at the turn of events and the fate of the film, Aamir said, “It’s very unfortunate. I am pained to see that the film is going through this. According to my knowledge the film is based on drug addiction and it delivers a social message. I don’t think there is anything that should be cut or audience should be kept away from seeing. It reflects badly on CBFC and hope the film gets justice at the tribunal. The voice of the film and filmmaker shouldn’t be throttled. They should have a free voice to speak.”

Aamir also expressed his amazement at the CBFC ordering multiple cuts. “I believe there were supposed to be changes in CBFC and there won’t be any cuts; only certification as per age group. So it’s strange and shocking to see so many cuts in the film. I haven’t seen the film but to hear these things are strange.”

The actor said that it is the need of the hour for every Indian to stand up for freedom of speech. “Not only Bollywood, ever Indian who wants freedom of speech to prevail should come out. The Tribunal is going to watch the film and I hope they deliver justice to the film. I wish them all the best,” said Aamir.[/tps_footer]