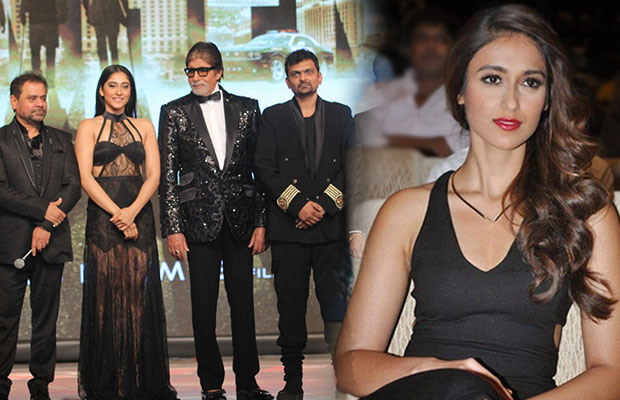 However, just after the launch, a controversy hit the film. It came as a shock when Ileana took to twitter  to clarify that she had not signed Aankhen 2  as she had refused the project when offered.  The actress has decided to take legal action against the producer of Aankhen 2 for wrongly using her name in the film.

Now producer Gaurang Doshi himself has come out to speak the truth. Doshi said to a leading daily, “Aankhen 2 doesn’t need Ileana, we already have our four aces­ Amitji, Arjun, Arshad, and Anil. If we wanted to use an actor’s name to promote our film, we would have said that Aankhen 2 stars Deepika Padukone or Katrina Kaif! Ileana is not going to get us, additional distributors, exhibitors or viewers.“

He also revealed that he had once met Ileana and her manager Nimisha at a five-star restaurant for reading the script. Ileana had agreed and loved the script. However, she mentioned that her agency takes a week to process the paperwork so the makers of the film need to wait.

The producer further stated that Ileana had also listened to the two songs that were finalized for the film. She was ready for mahurat shot  and had also agreed to be a part of the launch event.

Surprised with Ileana’s such behavior, producer Gaurang Doshi said, “We have been trying to speak to her to find out what went wrong, she doesn’t seem to want to speak to us. Someone has definitely misguided her. But looks like we’ll have to get a better actress on board too.”

Is Ileana influenced by someone? Only time will tell better![/tps_footer]