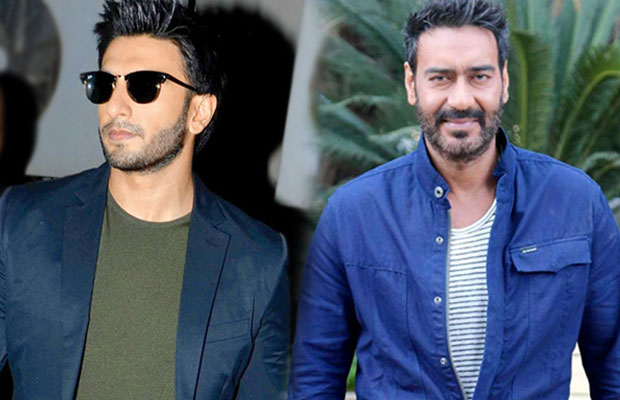 [tps_footer]Ajay Devgn’s ‘Shivaay’ and Ranbir Kapoor’s ‘Ae Dil Hai Mushkil’ are going to witness the big box office clash this Diwali.  Both the star-studded films will release on the same day this year. Well, it so happened with ‘Rustom’ and ‘Mohenjo Daro’ that our tinsel own stars sided with one film i.e. ‘Rustom’. A very few of the celebrities sided with ‘Mohenjo Daro’. Something of a similar kind is going to happen with ‘Shivaay’ and ‘Ae Dil Hai Mushkil’ too.

Ranveer Singh and Ranbir Kapoor startled everyone when they came across as best buddies. The two actors who are linked through actress Deepika Padukone were assumed to be at loggerheads due to obvious reasons. However, the two stars gave a surprise to everyone when they were spotted having a gala time at a bash. 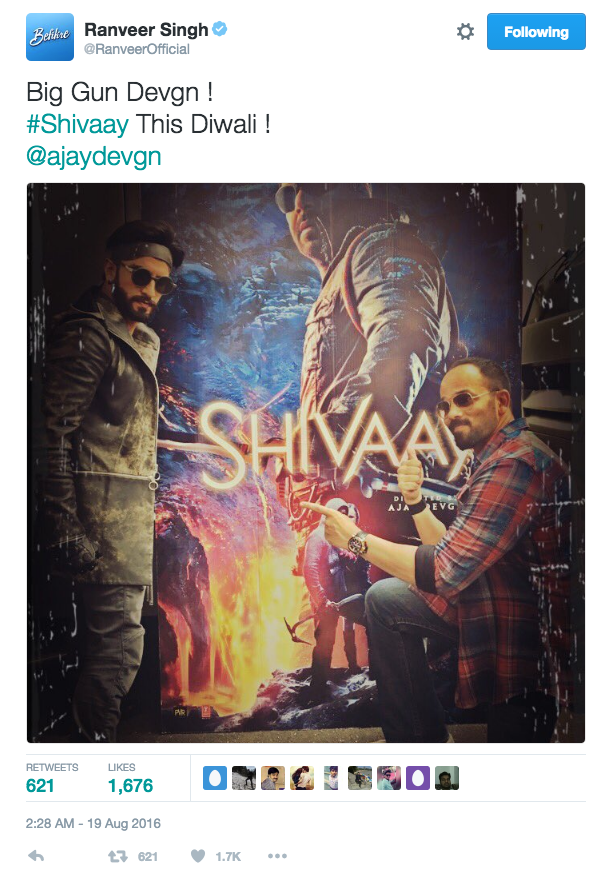 Additionally, Ranveer Singh also paid a surprise visit to Ajay Devgn after the launch of his ad film. The Ram Leela actor is extremely impressed with the glimpse of ‘Shivaay’ and cannot stop gushing about it.

It can be said that Ranveer has sided with Ajay Devgn leaving alone friend Ranbir Kapoor’s ‘Ae Dil Hai Mushkil’! Well, the situation is all the more tricky now![/tps_footer]